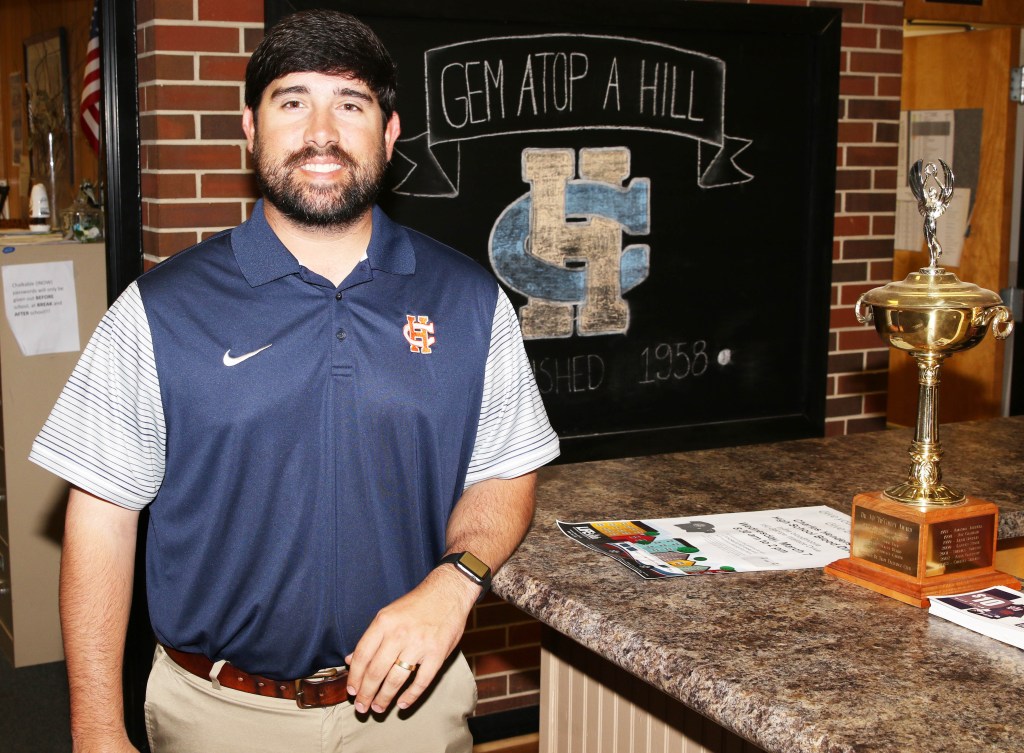 Charles Henderson High School announced Tuesday morning the hiring of the new head baseball coach for the Trojans, Matt Whitton, who comes to Troy after six years of serving as an assistant coach at Enterprise High School.

“I’m thrilled to have Coach Whitton aboard, to be able to bring someone in with the pedigree he has by playing in college, and having coached for six years at Enterprise High School under a great coach under J.D. Pruitt, and what he has done for that program,” said CHHS Principal Brock Kelly. “I think Coach Whitton will bring the type of excitement and type of mentality that Charles Henderson baseball has not seen in a couple of years, and we definitely look forward to seeing him on board.”

“Obviously any time you hear the name of Charles Henderson baseball, respect is the first word that comes to mind,” said Coach Whitton. “It’s an honor to even be acknowledged and given this opportunity to coach here. I am excited to be here, I just want to keep this train rolling and put Charles Henderson baseball back on the map where they have always been, and do the kind of things that have always been done here.

“When we play our next game we are 0-0. That’s how we are going to attack every day. If we can get better every single day then we have been successful. I’m not too worried about wins and losses, I’m worried about evaluating us day to day and making sure we are getting better. The only two things I asked them to do for me (Monday) was to give me everything they’ve got every pitch and compete. If we do that, then I can hang our hat on that we have been successful. I think that is all you can ask a group of kids, is to always compete. We’re going to attack every day like it is a new day, we are going to put everything that has happened behind us and we are going to move forward. I’m also thankful to Coach J.D. Pruitt at Enterprise High for giving me the opportunity to coach under him.”

The Trojans are scheduled, weather permitting, to play a Class 5A contest Tuesday evening at rival Eufaula.

Coach Whitton has been married for three years, and his wife teaches first grade in Enterprise.

Mr. Kelly believes this is a positive step towards preparing the athletes of the baseball program for the remainder of the season, but also a big step in continuing to prepare them for life.

“Our main goal is to provide an opportunity for our student athletes, once they leave high school, to be prepared to compete either on the field or off the field,” said Mr. Kelly. “We believe Coach Whitton is the person to be able to lead this team and these young men to be able to do just that, after their high school career, whether it is to just compete at the collegiate level on the baseball field, to compete in the classroom, or compete for jobs.”