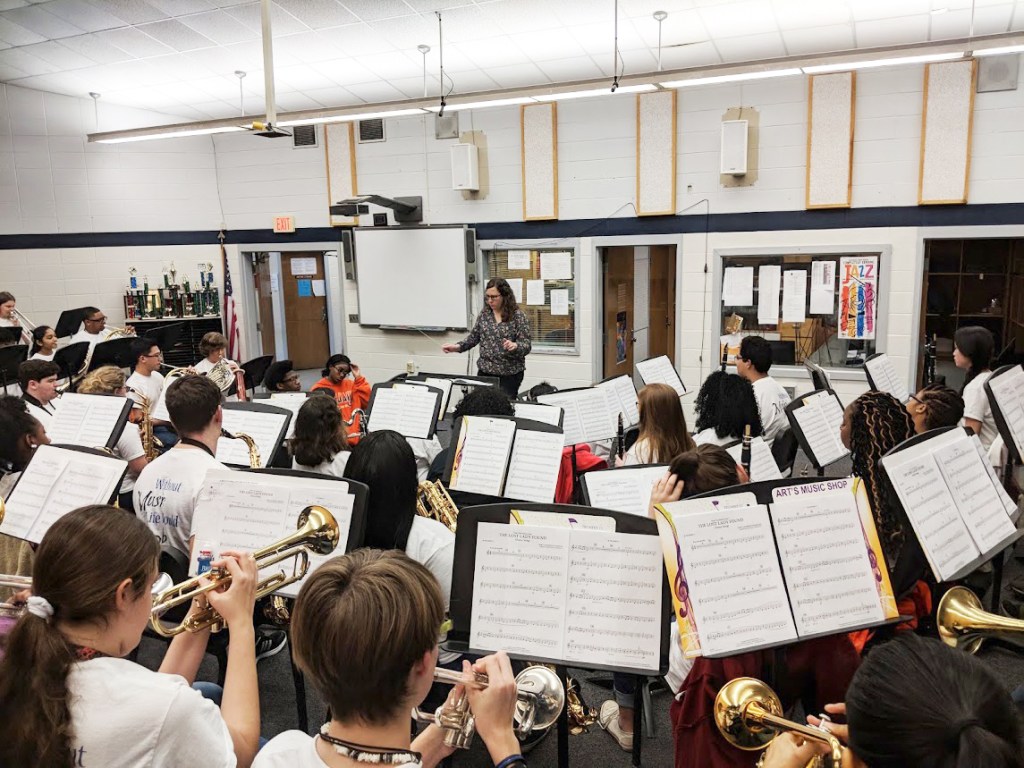 Hannah Griffin normally plays first trumpet in the Pike County High School Band, a small group of about 15 to 20 students.

So when the junior attended honor band rehearsals Friday with 50 other students from around the county, she said it was a big change.

“I’m not first trumpet here, so I have to adjust a lot,” Griffin said. “It’s a two-day turnaround to the concert, so it’s pretty nerve-racking to learn all the music.”

Jamie Howell, band director for the clinic, said that bringing students from smaller bands into a big band atmosphere is one of the reasons the honor band was initiated a few years ago.

“The kids in the smaller programs are getting a chance to play in a large group,” Howell said. “The younger ones are really being challenged, which is good.”

Aicey Hawkins, a seventh grade student at Charles Henderson Middle School, said it was a good way to learn.

“It’s been crazy and a little bit overwhelming,” Hawkins said. “But it does help you in the end.”

Hawkins said it also gives her a taste of where she hopes to be in a few years when she plans to move up into the high school band.

Of course, some students returned to the band, including Charles Henderson High School junior Tionna Douglas.

“I’ve been coming since sixth grade,” Douglas said. “It’s my favorite thing playing with other kids and coming together at the end.”

Goshen High sophomore Rebekah Savage said the opportunity to meet people from the other schools with a similar interest is also a great benefit of the event.

The students all played their part Saturday morning with the grand performance at 11 a.m. in the Troy University band room.