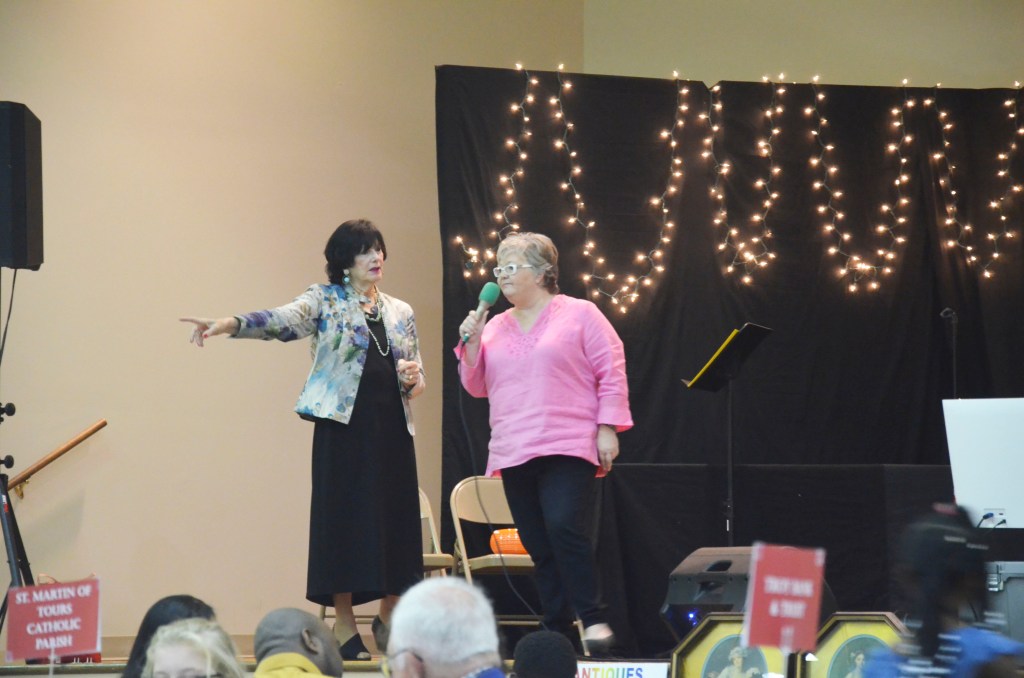 “We all make choices multiple times on a daily basis,” said Arlisha Williams Myrie to a crowd of about 300 people Friday night at Sav-a-Life’s annual dinner auction. “Right or wrong, you have the power to make a difference.”

Myrie is a Christian fiction author native to Pike County – she was born in Jacksonville, Fla. But she was raised here, a graduate of Pike County High School and Troy State University. She returned to Troy Friday as the keynote speaker for the local pregnancy center’s biggest annual fundraiser.

Sav-a-Life director Jane Ward said she invited Myrie to speak both for her connection to Pike County and the content of her three published novels, which center around a young girl named Stacy who has an unplanned pregnancy.

“She goes against everything she is taught when she meet’s Kyle, the captain of the football team,” Myrie said. “That one choice she makes has ripple effects that no 15-year-old should have to go through. And her choice doesn’t just affect her, but also everyone around her.”

Myrie transitioned into how choices affect the everyday lives of the people in attendance and those around them.

Of course, her speech was tailored to the cause of the pregnancy center, which promotes the choice of life for women struggling through an unplanned pregnancy and deciding whether to keep the child, give the child up for adoption or obtain an abortion.

Ward said this fundraiser could help more women make the decision not to abort by providing medical equipment that more clearly shows the unborn child’s form and heartbeat.

The center is going medical, she said, which will allow the center to get a new ultrasound machine and administer pregnancy test from the medical staff.

In addition to ticket sales, the center raised funds with a silent auction on items from toolboxes to birdhouses to a vacation package to Panama City Beach.

All proceeds from the event go solely to Sav-a-Life and Ward said most will be used to complete the center’s medical conversion, including a planned expansion of the building to house the medical operations.