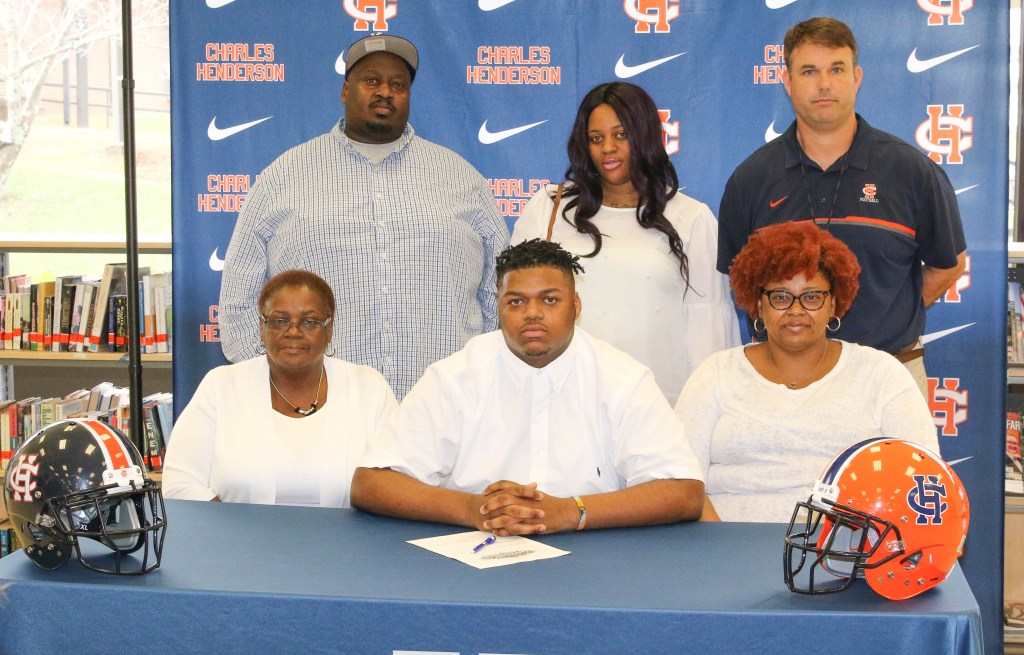 “We are very excited about the next step Kendal is about to take, and very proud that he is going to get to continue his education and his football career at the next level,” said CHHS Head Football Coach Brad McCoy. “Kendal has been an outstanding player for us. He is very athletic and very talented, and he deserves this opportunity to play at the next level.”

Davis was a dependable starter on the offensive line, but also played some on defense during his time at CHHS.

“He settled in at guard for us and pretty much did not change throughout the year,” said McCoy. “We played him some at center because of injuries but Kendal also played some defensive line. He is very versatile with great feet for a 300-pound kid. He can flat out run.

“He kind of came to us a little bit late, as a freshman and kind of settled in and became a household name for us. He’s just a great kid and I’m so proud he is getting this opportunity. We’ve talked about this, I can see him on the defensive line just like I can the offense. He’s a kid that can play either one because of his feet and his hands, because of how well he moves. That coaching staff will have to see his skill set and see how he works in.”

Davis said he is excited to be playing at the next level, and appreciates the support of his teammates.

“I’ve been waiting on this day a long time,” said Davis. “It’s been a lot of hard work and a lot of blood, a lot of sweat and a lot of tears put in these four years, and it has paid off. I love my teammates. They always pushed me in the classroom and on and off the field.”

CHHS offensive lineman Will Reeves, a junior, said playing alongside Davis pushed him, and others, to be the best they could be.

“I played center most the time and tackle from time to time, and when I was at center, Kendal was beside me at right guard,” said Reeves. “He was a player that gave it his all every play. If another player made him mad, you kind of felt bad for the their defensive line, because of what he might do to them. I enjoyed playing alongside him for the last two years. Lakeland is getting a great player. I’m proud of him and happy for him.”