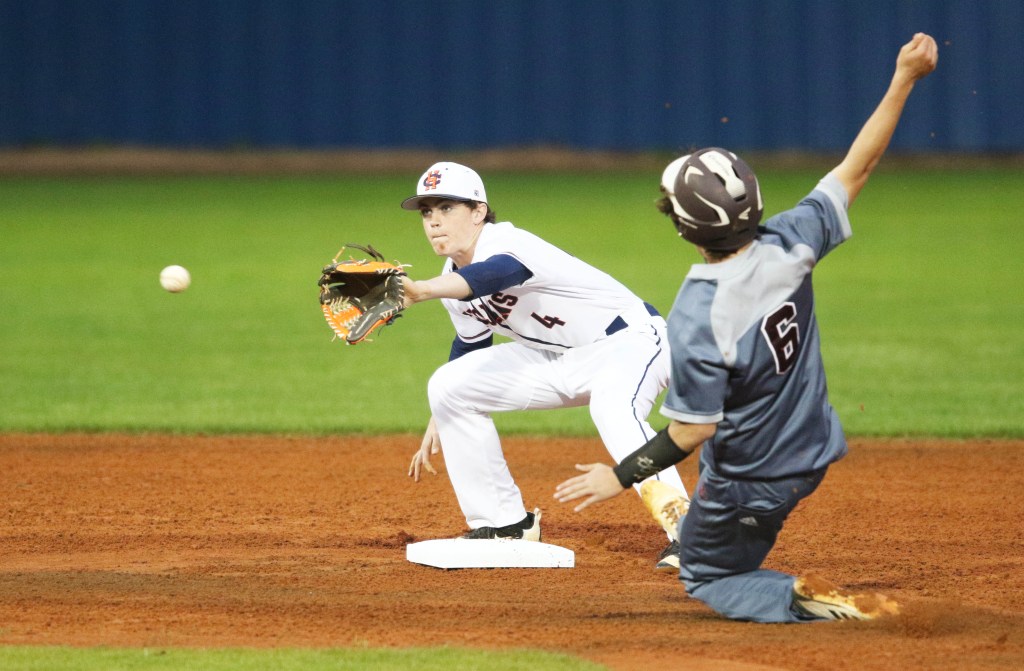 Robertsdale High jumped out for five runs in the second inning and three in the fifth to take a 12-2 win over Charles Henderson High Thursday night in baseball action on the campus of CHHS at Hogan’s Hole.

The Trojans slipped to 0-9 on the season and will look to break that skid with two games Friday and another on Saturday in weekend action at home.

“We’ve just got to make the routine plays,” said CHHS interim Head Coach Taylor Polk. “There were some balls we really did not get to that we probably should have. I thought our pitchers competed, and we did the best we could. We hit the ball a little bit better, we’ve just go to be more consistent with our hits.”

Noah Lowery led off with a single, Keonte Brantley reached on an infield error, Anthony Gurba and Will Reeves each reached on a fielders choice, with Lawson Scarbrough, Walker Stallworth and Caden Bryan hitting consecutive singles to cut the lead to 7-2.

Robertsdale responded with three more runs in the top of the fifth and two in the sixth for the 12-2 lead, which held up to be the final in six innings.

CHHS plays Friday at 4:30 against Holtville and 7 p.m. vs. Opelika at Hogan’s Hole, and will take on Ft. Payne Saturday at 10 a.m.