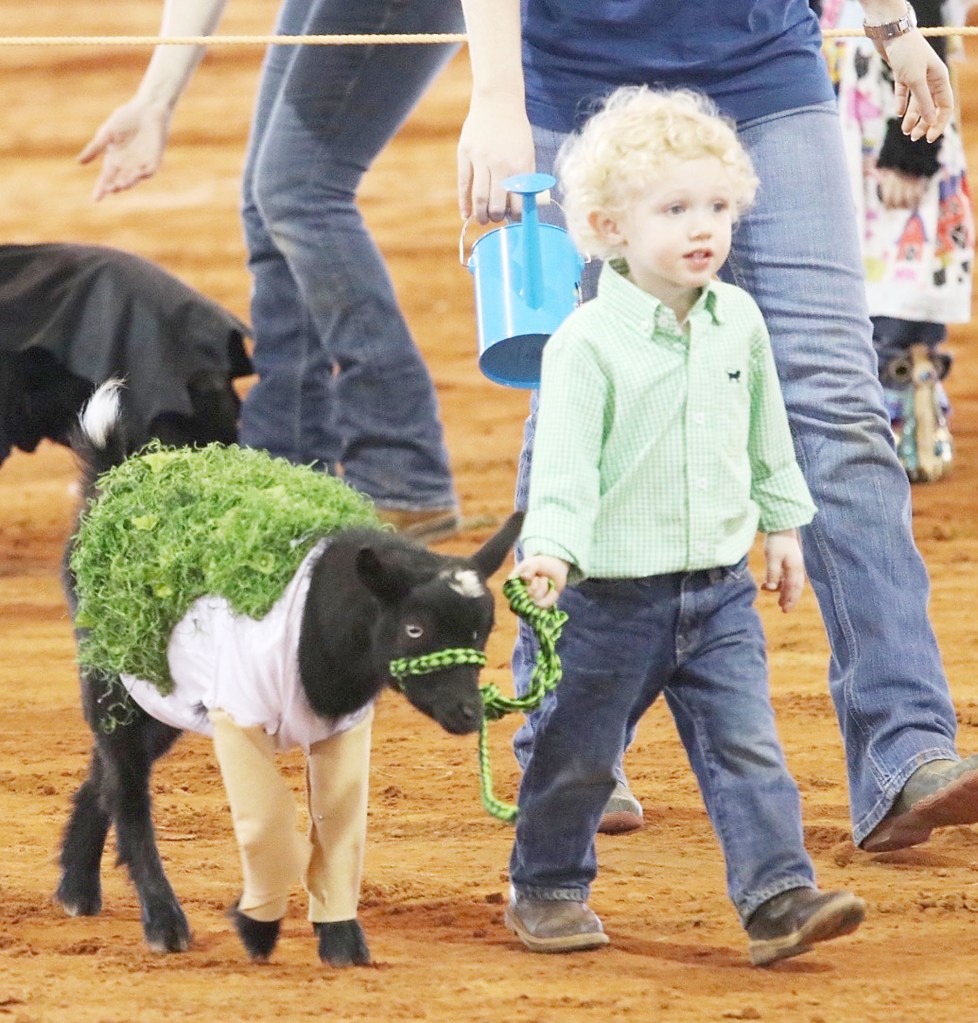 Messenger photo/Jaine Treadwell Young goatherder Ryles Godbold dressed his goat as a Chia Pet. His mom can be seen carrying the watering can.

The 2018 Pike County Steer and Heifer Show was held at Cattleman Park Arena Saturday with 10 competitors vying for top honors in their age or weight class.

Show Emcee and Cattlewoman Tammy Powell said this year’s steer and heifer show was one of the best in recent years and one of the most well attended.

“There was no doubt that these young people were dedicated and committed to caring for and their animals,” she said. “They had put a lot of time into making sure they were prepared for the show. They handled themselves extremely well in the ring and took pride in what they had been able to accomplish. They are all to be congratulated.”

Steers were separated into two classes by weight of the calf.

Other special awards went to Marilee Hughes for Best Record Book and Best Daily Rate of Gain went to Wyatt Johnston whose calf gained an average of 3.44 pounds daily.

Powell said, of note, Mary Hollis Drinkard’s great-grandfather, Robert Drinkard of Brundidge was present for the show. He was a participant in the first steer show 76 years ago. Then it was called the Fat Calf Show.

“We also tried something new this year, Powell said. “We added a Novice Showmanship Class. Any young person ages 11 and under who had never shown a calf were able to lead a calf into the ring, walk the calf around, learn how to set the calf up for the show and talk to the judge.

“This was really a great way to introduce new, potential show kids to a calf and for them to realize that they could actually do this. These novice showmen did a phenomenal job.