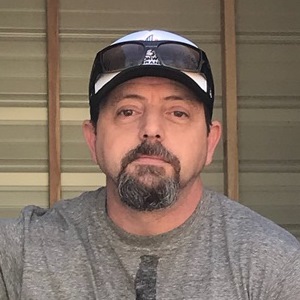 Corey Smith, 42, formerly of Cantonement, Fla., died from injuries sustained in a car crash on his way to work in Ashford, Ala. where he was living with the love of his life, his fiancé Kelly Varnum. He graduated in 1994 from Tate High School where he was in the Showband of The South playing snare drums. He then attended Troy State University from 1995 to 1999 and was a proud member of The Sound of the South Band where he continued playing snare drums and also where Kelly was a majorette. His HS Band Director, Joe Hooten, was also a TSU alum and all three were able to participate together in the Alumni Band at halftime while honoring Dr. John Long’s 50 years at Troy in 2015. While working in woodworking, he continued his love for music. He at one time was a member of a band, Strangebrewd in Atlanta and worked as a DJ with Radio Free Pensacola as “Live From Little Smittys”

He loved Troy University and University of Alabama football (he attended the last two Troy bowl games), music, photography and NASCAR Racing. He had a spirit of life that showed his giving nature. No one can comprehend life without Corey in their lives. God has received a truly amazing and extraordinary young man who had so many plans for his future. All who knew and loved Corey here on earth are shattered beyond belief with the sudden loss of his life.

Corey is survived by those who loved him so much and will miss him everyday: his parents, Joe and Janelle Smith of Cantonment, Fla.; brothers Scott Smith (Sandi), and Jason Smith (Michelle); nephew, Cameron; nieces, Brynlee and Madison Smith, all of Woodstock, Ga. and so many aunts, uncles, cousins and close friends that will miss him greatly.