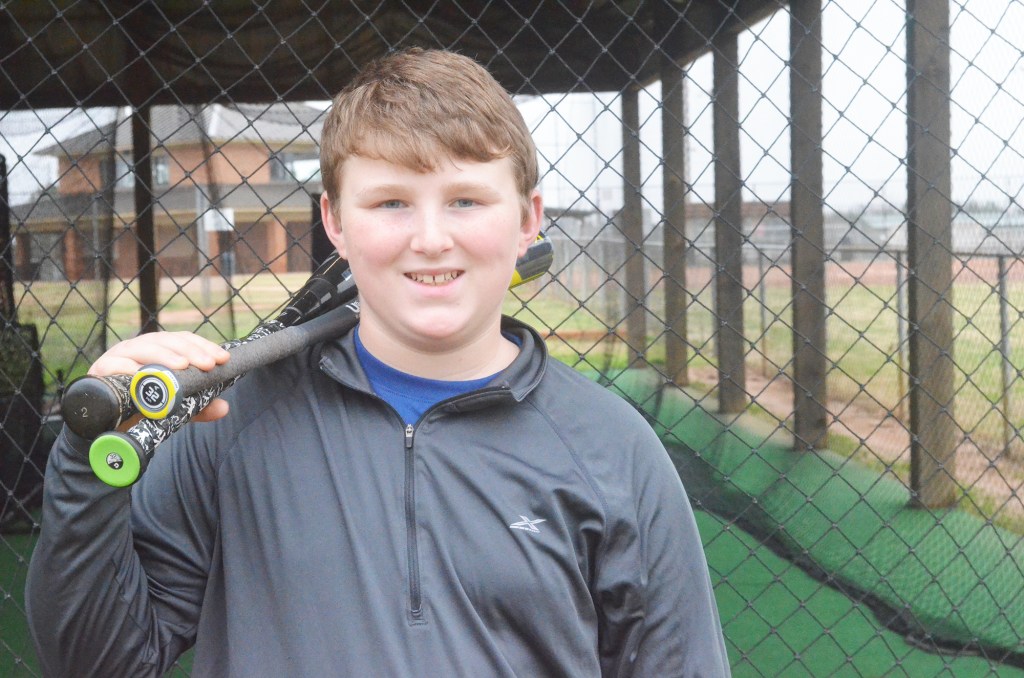 Cade Edwards poses with the three different bats he is using in a science fair project that placed first in district tournament last week.

When Cade Edwards isn’t in the classroom at Pike Liberal Arts School, the odds are he’s somewhere practicing or playing baseball. So when the opportunity came to do a science fair project, he knew what he wanted to do.

“The recent changes to youth bats (were) made in an attempt to make the game safer by reducing the ‘trampoline effect’ or ball exit speed of aluminum or composite bats and making them more like that of a wood bat,” Edwards explained in the essay portion of his project. “The idea was that a bat that produced a lower trampoline effect would make the game safer because the hit baseball would not be coming back at the players in the field as fast as before.”

Edwards said he was testing to see how much the change actually reduced exit speed.

To do so, he took a USSSA stamped bat, a USA stamped bat and a wood bat and hit 14 balls with each bat, measuring the exit speed each time with a radar gun.

According to his results, there isn’t much difference.

“My bat comparison project was successful and made me realize that the new bats would not affect my hitting as much as I thought it would,” Edwards said.

Edwards said he was shocked at the district tournament when they announced that his project had come in first place.

Now with the state science fair tomorrow at Huntingdon College in Montgomery, Edwards is swinging for the fences in hopes to once again take home the trophy.