Pike County storms back to knock off Mobile Christian 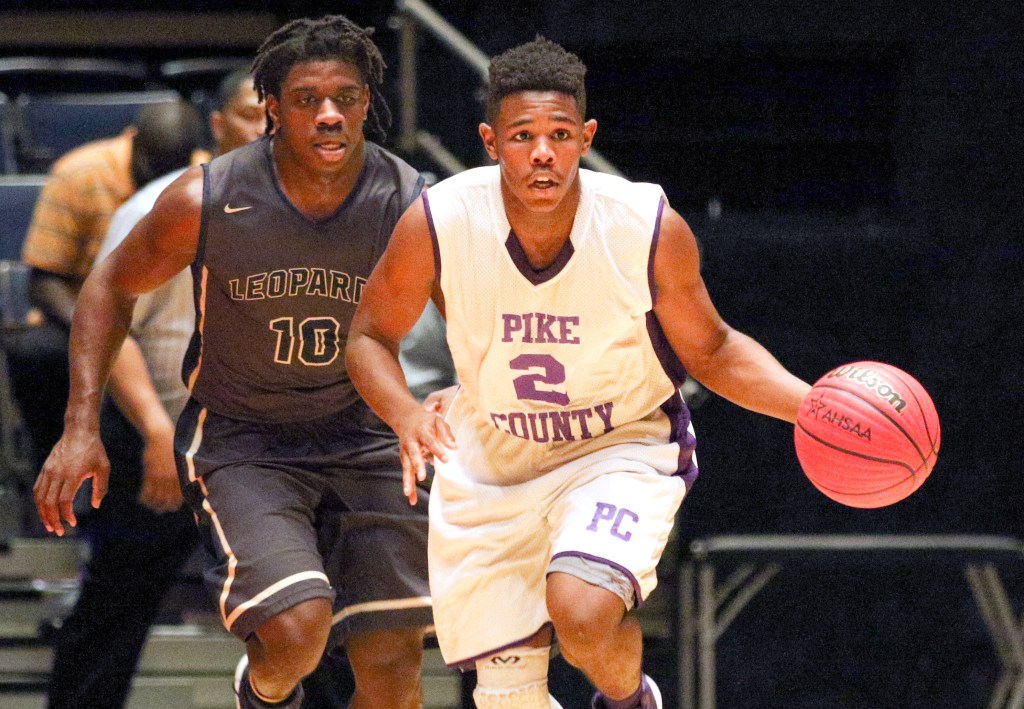 DOTHAN – Pike County High head basketball coach Doug Holland said his team has played a tale of two halves most of the season, starting slow and finishing strong, and that was the script again Saturday night as the Bulldogs overcame a first-half deficit but pulled away strong in the second half for a 56-43 win over Mobile Christian in the second round of the AHSAA Class 3A Regional Basketball Tournament in the Dothan Civic Center.

PCHS, improving to 17-7 on the year, will return to Dothan on Wednesday for a third-round 2:15 tipoff against Hillcrest of Evergreen in the regional finals. The winner will advance to Birmingham for the Class 3A Final Four.

“I thought we played a little flat the first half, but a lot of credit goes to them (Mobile Christian),” said Coach Holland, “I don’t think we were overwhelmed because we’ve been here before. But we did a good job of moving the ball. They came out in a man defense and kind of stalled us a little big. Mobile Christian just did a good job on offense and defense in the first half.”

Mobile Christian led 16-12 after the first quarter and 28-24 at the half, and pulled away for a six-point lead early in the third quarter before Holland called a time out.

“I told them that we had to pick up the intensity on defense, and speed up the ball on offense without traveling,” said Holland. “I told our guys we were not communicating on the switches, which I thought was key, and we kept losing the shooter. Once we did a better job of communicating more on what was expected on defense, we executed better, and that was the difference in the second half.

“There were a lot of games this season we started off slow, but we were able to pick it up. It was kind of like the tale of how we play sometimes, but in the end because of how the kids are able to work it allows us to have a chance in the second half.”

The Bulldogs pulled out to a 43-37 lead after three quarters, and led by as many as 15 in the fourth quarter. The last field goal of the game for Mobile Christian was with 6:21 remaining.

PCHS was led in scoring by Kevon Harris with 18 points, Jaidyn Wilson scored 12 and had three steals, Jahzarian Lampley had 11 points, Andres Burney and Elisha Green had five points each, Zavier Newsome three and Zion Scott had two points.

Jordan Wilson and Jeffrey Griffin each had 11 points for Mobile Christian.

PCHS lost the first game of the regional tournament last year to Hillcrest. The Bulldogs have played in two championship games, in 2015 and 2016, and in 2016 advanced to the Final Four. This is the third trip to the regionals in three years.