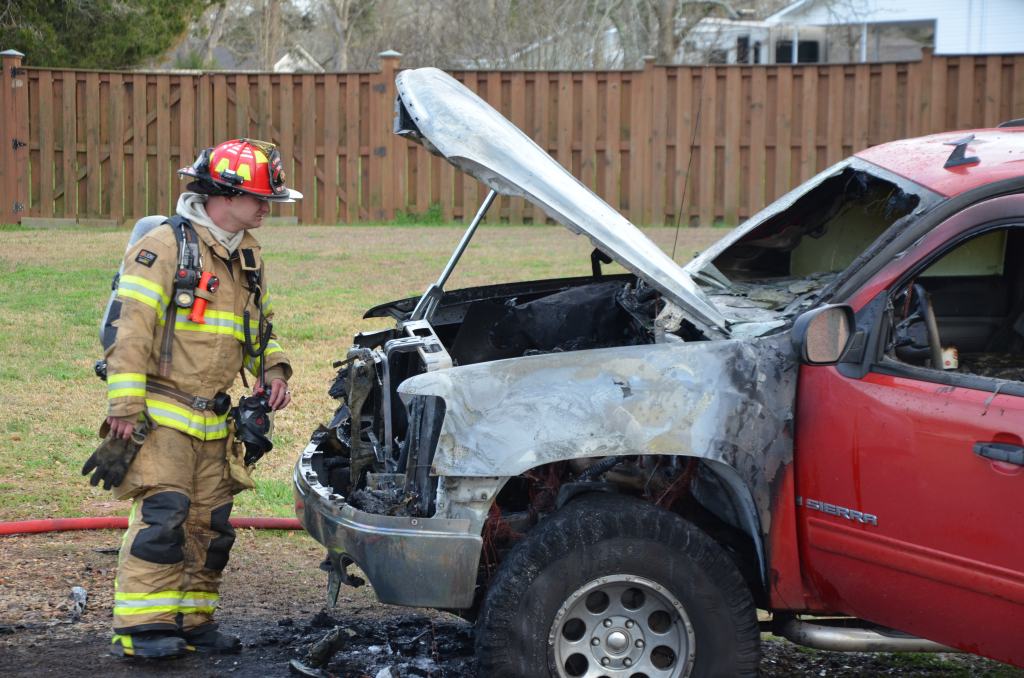 A Troy firefighter surveys the damage to a 2007 GMC Sierra that caught fire while traveling along Henderson Highway Thursday, Feb. 15.

A truck caught fire Thursday while traveling along Henderson Highway according to officials with the Troy Fire Department.

The driver, who wished to remain unidentified, said that he was traveling from Georgiana and smelled something burning, but thought it was coming from the car ahead of him.

Troy firefighters responded to the scene in the 2700 block of Henderson Highway at approximately 3:55 p.m. and extinguished the fire. The fire rendered the vehicle, a 2007 GMC Sierra, inoperable; burning out the entire engine compartment and melting most of the windshield. The truck was towed away from the scene.

Mike Rhodes, incident commander, said the driver was able to pull off of the roadway safely and no injuries occurred due to the fire. The cause of the fire remains under investigation.