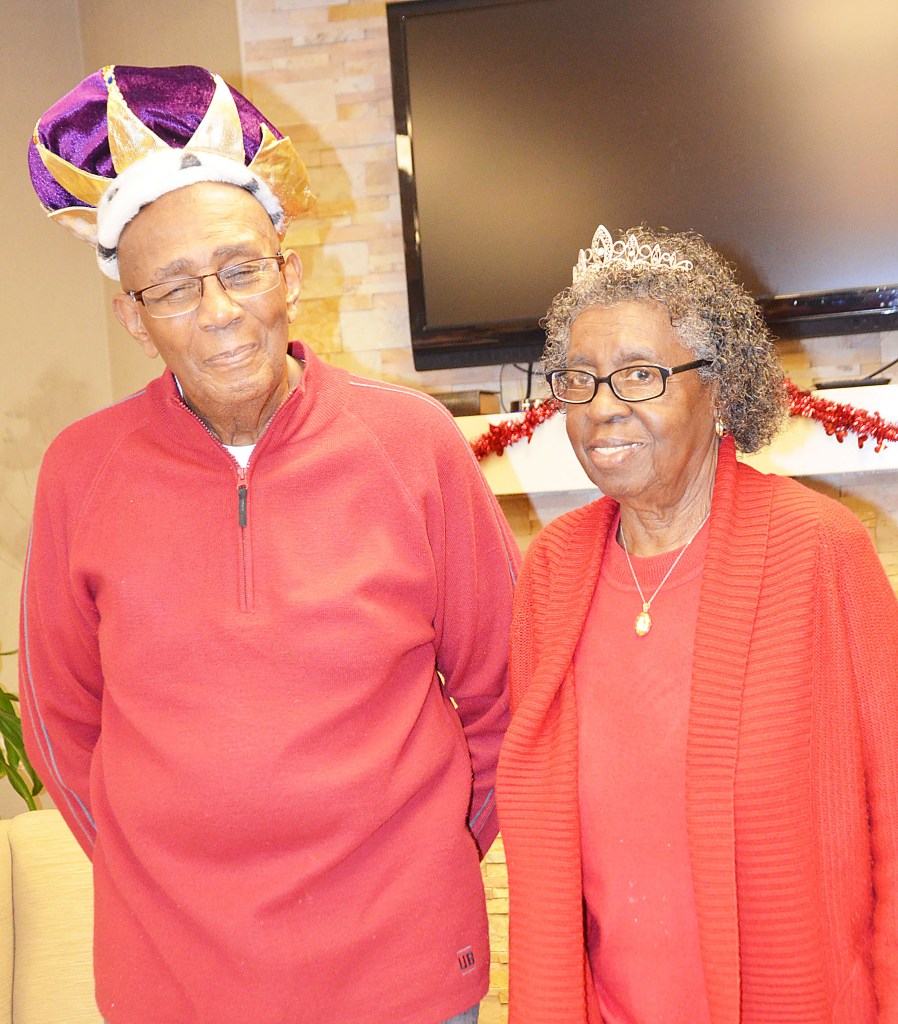 Herman Whaley and Sarah Baker were crowned the 2018 Valentine King and Queen at the Troy Nutrition Center on Wednesday.

Herman Whaley and Sarah Baker were crowned the 2018 Valentine King and Queen of the Troy Nutrition Center on Wednesday.

For Queen Sarah, it was her first crowning. For King Herman, it was his second reign as Valentine King. For both, it was a special moment.

“Happy. That’s just how I feel,” the queen said.

“Surprised and happy, too,” the king said.

The 2018 Valentine King and Queen of the Troy Nutrition Center were chosen by popular vote of the peers – now their “subjects” or, as they prefer, their good friends.

King Herman and Queen Sarah are regulars at the Troy Nutrition Center and both look forward to the time they spend there.

“It gives us something to do and someplace to be and somebody to be with,” Whaley said. Baker agreed that the center is a wonderful place and she considers everyone there a friend.

“I enjoy all the things we do but I especially like playing games,” Baker said. “Dominoes and Bingo are my favorites.”

Whaley also enjoys all of the activities at the center but his favorite activity is just visiting with friends.

Baker and Whaley are both Troy natives. However, she stayed close to home while he ventured to New York and then joined Uncle Sam’s Army.

While Troy was and is Baker’s home, Bethel Baptist Church was and is her church home.

“My church is very important to me,” she said. “I have held different positions at the church from youth director on up.”

Baker retired from Regions Bank and is enjoying having time to spend doing things she enjoys. Spending time with family and friends is what she enjoys most.

Whaley spent nine active duty years is the Army where he was a medic assistant.

He then joined the Army Reserve for a total of 22 years served.

In New York he work for Barney’s, an exclusive men’s store where he rubbed elbows with movie stars, including “Hoss” and Lorne Greene of the popular TV Western, “Bonanza.”

Troy is the place they both call home and it’s their favorite place to be.