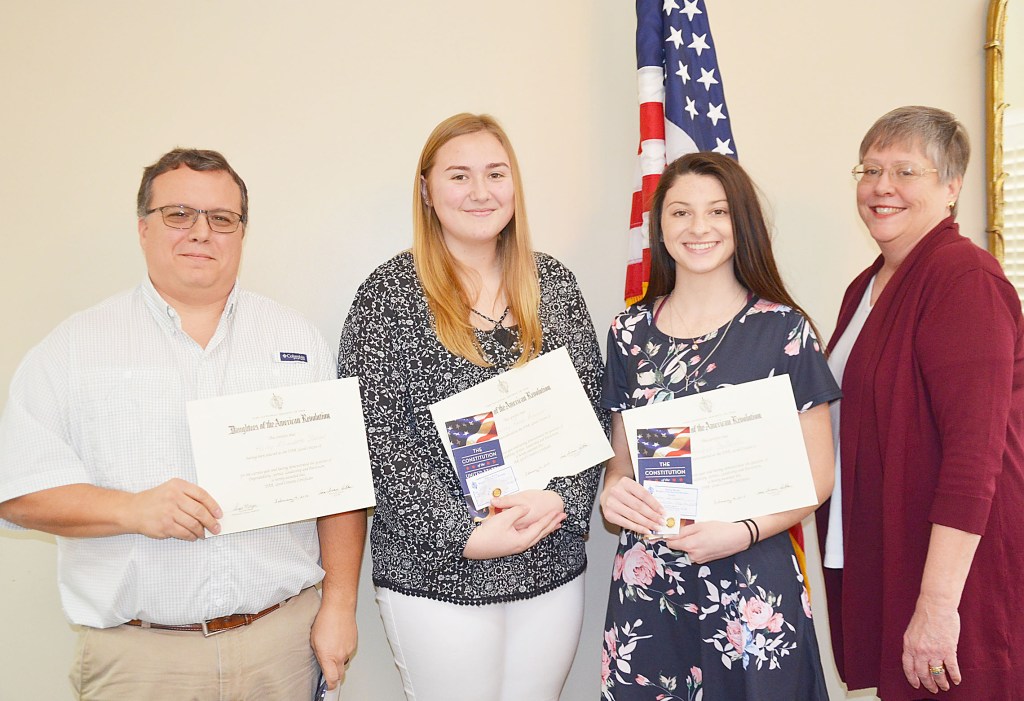 The Oliver Wiley Chapter of the Daughters of the American Revolution named Hailey Sasser of Pike Liberal Arts School as its 2018 Good Citizen Award winner at the chapter’s Wednesday meeting.

Rebecca Skibba, chapter regent, said each year the Oliver Wiley Chapter DAR holds a contest to choose students from across the county who represent the qualities DAR considers necessary to b a good citizen.

“Some of the things considered are patriotism, dependability, service to community, extra curricular activities and academic excellence,” she said. “We look at the whole person, not just the essay, which is a part of the competition. Their actions truly speak louder than their words.”

Skibba said all three 2018 Good Citizens exemplify all of the qualities DAR considers necessary to be so recognized.

“All of these young women have done so much already that I can only imagine what they will do in the future,” she said. “Not only do they excel academically, they are very involved in their churches and their communities. We congratulate them all.”

Hailey Sasser, the Oliver Wiley Chapter DAR’s 2018 Good Citizen was not able to attend the meeting. Her dad, Chris Sasser, accepted the award for her.