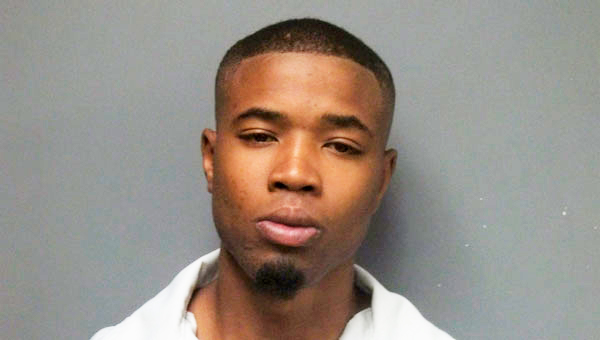 A Pike County man is set to face trial this morning on a charge of first-degree robbery in connection with a 2016 incident that left a man dead.

Davaris Mendenhall, 22, is also facing a felony murder charge stemming from the robbery, but District Attorney Tom Anderson said that charge will be tried at a later date.

Mendenhall is one of two suspects arrested shortly after the incident occurred on May 12, 2016.

Sheriff Russell Thomas said Mendenhall and two other suspects – Anthony Jerome Starks, then 23, and Javonte King, then 21– attempted an armed robbery in Springhill at approximately 2:30 that morning.

“The resident told us he heard a knock on his door and when he opened the door, three male subjects rushed inside his residence.”

One of the men was armed with a handgun. As the homeowner fought back, the weapon was discharged during the struggle, Thomas said. “The three suspects fled the residence…and two of the suspects were picked up and taken away. We found the third suspect, King, about 200 yards from the homeowner’s residence.”

King died as a result of a gunshot wound to the torso. Mendenhall and Starks were immediately arrested and charged with first-degree robbery and were both later charged with murder for causing a death in the commission of an armed robbery.

As of 4 p.m. Monday, the trial is set for 9 a.m. Tuesday at the Pike County Courthouse.

Starks pled guilty to a charge of first-degree robbery in December and is currently serving a sentence of five years in prison.

Anderson said the murder trial should begin in April if nothing changes after today’s trial. Anderson said there was still also a possibility that Mendenhall could plead guilty before the trial begins.