Moving on: Charles Henderson Trojans heading to the 5A regionals for the first time in eight years 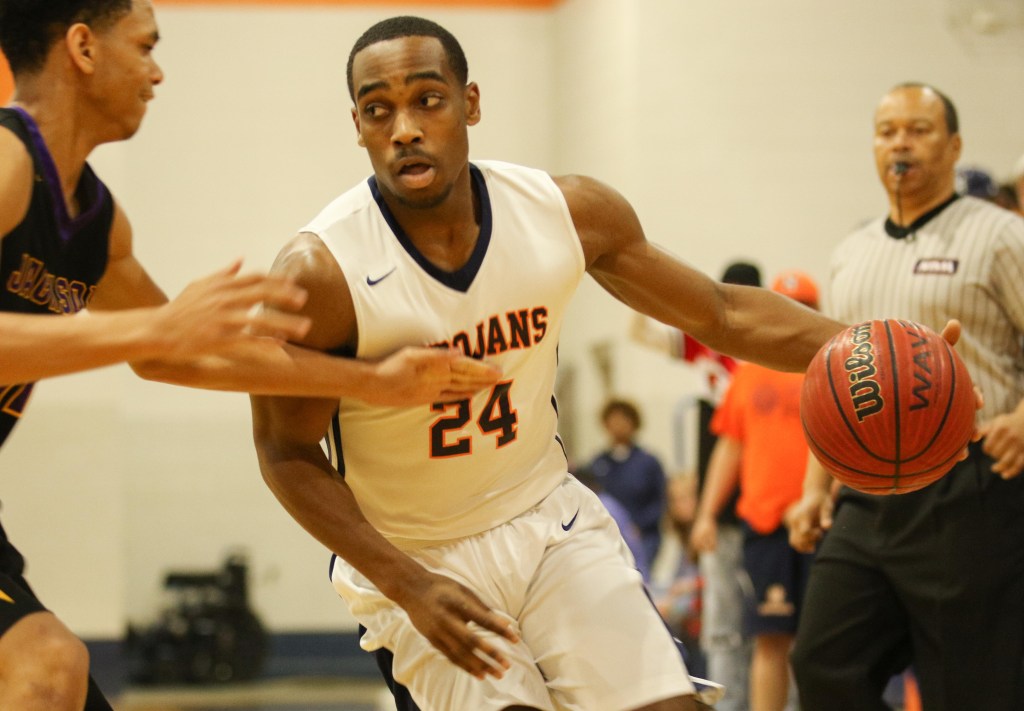 Kelshun Campbell hit the second of two free throws with 1.8 seconds left in overtime Monday night, giving Charles Henderson High a thrilling 55-54 win over Jackson High, sending the Trojans to the Class 5A Regional Basketball Tournament for the first time in eight years.

“I’m just excited and overjoyed for the kids and for the program here,” said second year CHHS head basketball coach Shelby Tuck. “The kids fought with a lot of heart. We missed a lot of shots, missed a lot of free throws, but they were determined to win the ball game, so they went out and fought their butts off. I definitely appreciate their hard work and effort.

“Troy City Schools is a great place to work. We have six seniors on this team, and we’ve got a great group of guys coming back next year. And another thing, those guys in that student section over there are awesome.”

The Trojans are expected to play Eufaula at 1:30 Monday in Dothan, while the Lady Trojans will play at noon.

CHHS led 15-14 after the first quarter, Jackson fought back for a five-point 29-24 half-time lead, the Trojans pulled ahead for a 44-37 third quarter advantage, and both teams scrapped to a 52-52 score at the end of four quarters.

The Trojans got the ball with just over a minute left in overtime, worked the clock down to less than 10 seconds, and Campbell was fouled as he attempted to make a shot under the basket with 1.8 seconds left.

Campbell missed the first free throw but hit the second as the student section of CHHS shook the foundation of the Henderson High gymnasium.

Jackson inbounded the ball, but never got it past half court as time expired.

“Thank God for the win,” said Coach Tuck. “I told our team to just keep playing basketball, the same I’ve told them all year. Just keep playing and keep grinding. They worked hard and the ball rolled our way a few times, so we are very thankful for that.”

Campbell led the Trojans with 20 points on the evening, Jalen Tuck and Keonte Brantley had nine each, DeQuavian Toney and Cobi Jones had seven points each, while Braxton McGhee had two points.