Saturday night when the Troy Arts Council presents “The Heart Behind the Music” Songwriters’ Showcase at 7 p.m. at the Claudia Crosby Theater on the campus of Troy University. 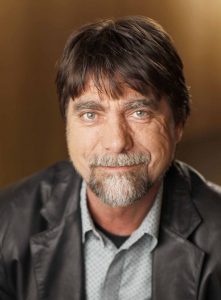 Gary LeVox, lead vocalist of Rascal Flatts describes Raybon as “the greatest singer on the planet to this day.” Christian music star Jason Crabb said Raybon is one of the greatest voices to ever sing “with a tear in his voice that will just melt you.”

Raybon will join Grammy award winners, Teddy Gentry and Linda Davis in “The Heart Behind the Music.”

“Good songs are a part of you,” Raybon said. “They are the extension of a thought or maybe a story that you want to elaborate on or maybe give a different ending to. At the songwriter’s show case, we’ll share those stories and we’ll sing those songs.”

Most of the songs that Raybon will share at the Crosby Saturday night will be songs that are familiar to Shenandoah fans.

Raybon was in Nashville in 1984 hoping to make it big in country music when he got a call from Mike McGuire, drummer for a not-so-well-known band, MGM, in Muscle Shoals asking him to consider joining the band.

At the time, Raybon said he was living on his last can of corn. The band offered steady work, if not much pay. Raybon took the job out of the need for survival, never thinking that would be the move that would establish his career.

Shenandoah’s top recordings include “Next to You, Next to Me,” “Two Dozen Roses,” “Sunday in the South” and “The Church on Cumberland Road.”

Raybon will share the stories behind the songs at the songwriters’ showcase Saturday night. The stories and music will be flavored with Southern humor and filled with heart.

“The Heart Behind the Music’ Songwriters’ Showcase will be a 7 p.m. Saturday at Troy University’s Claudia Crosby Theater. General admission tickets are $30. One hundred and twenty-three tickets will be available for students with an ID. Additional student tickets will be $8.

With a bill now in the Alabama House of Representatives, Sunday alcohol could be allowed in Pike County within weeks.... read more