Grammy Award winner Linda Davis is a favorite vocalist of superstars like Reba McEntire, Garth Brooks and George Strait. She was the special guest of Kenny Rogers in “The Gambler’s Last Deal” in Branson, Missouri.

On Saturday night, Davis will appear with Teddy Gentry of Alabama and Mary Raybon of Shenandoah in “The Heart Behind the Music – A Songwriters’ Showcase” at 7 p.m. at the Claudia Crosby Theater on the campus of Troy University. 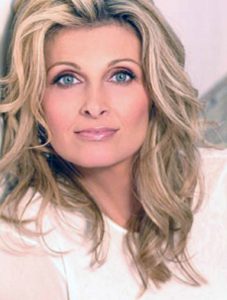 The singer/songwriters will sing their greatest hits and tell the stories those chart-topping songs.

Davis will sing and talk about “Does He Love You” which received the CMA Award Vocal Event of the Year and also “Thy Will” that received the Billboard Award for the Top Christian Song.

And, who knows? She just might compose a song on stage in honor of the birth last week of her second and third grandchildren, identical twins, Betsy Mack and Emory JoAnn.

She also received the TNN City News Award for Vocal Collaboration of the Year for “Does He Love You” and the Music City Christian Fellowship’s The Candlelight Award. Davis was inducted into The Texas Country Music Hall of Fame in 2009.

The local schools in Pike County have hit the field to begin preparations for the 2018 softball and baseball season.... read more