Women arrested for reported attempt to smuggle marijuana into jail 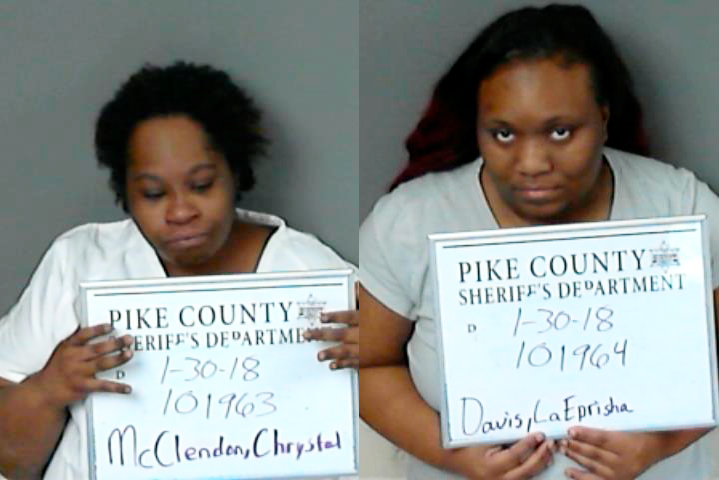 Two women have been arrested after allegedly attempting to smuggle marijuana into an inmate at the Pike County jail Wednesday, January 31.

LaEprisha Davis, 24, and Chrystal McClendon, 34, were each charged with first-degree possession of marijuana in the incident.

Sheriff Russell Thomas said the charge is first-degree because the women were attempting to bring the marijuana for someone else.

“It was visiting day,” Thomas said. “They admitted to trying to bring the marijuana in to an inmate.”

Thomas said workers at the jail have to remain vigilant to keep visitors from promoting contraband.

“We deal with this with marijuana and cell phones,” Thomas said. “We’re an old jail so we still have visitors meeting with inmates through the bars. We have to closely monitor what’s going on. People are always trying something.”

Thomas said the construction of a new jail, which is currently being planned by the Pike County Commission, would eliminate this kind of contact visit and limit the risk of contraband making it into the jail.