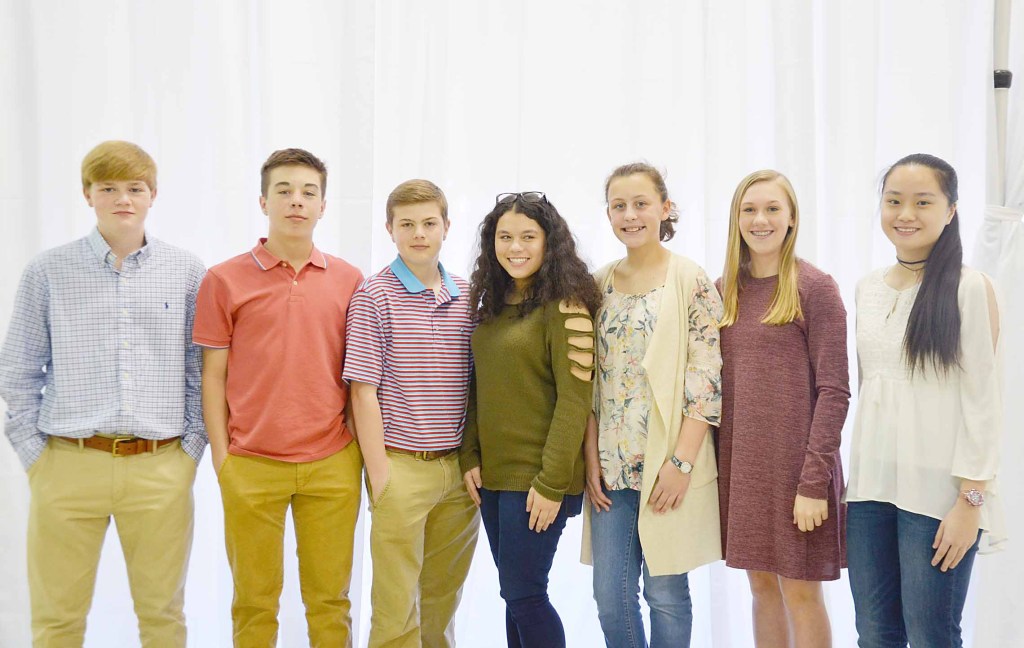 The overall high scorer for the Middle School Competition was Donna Chen of PLAS. She scored 43 of the possible 50 points.

“The test had algebra, some geometry and word problems,” Donna said. “The word problems were the hardest part of the test because of the round about away of presenting the problems.”

Donna said all team members are good math students and had looked forward to the competition.

“We are all competitive and want to do the best we can,” she said. “We were excited to compete and to win.”

“Both teams represented Pike Liberal Arts well and we congratulate them on their performances,” Baggett said. “There were a lot of really tough problems on the tests and the teams did an awesome job.”

Baggett said the math teams are made up of bright and highly motivated students.

“They are also very competitive,” she said. “They compete to be on the math teams and, once on the teams, they work extremely hard to prepare for the competitions. It is really rewarding for them to win.”

As math team members, the students have opportunities to met students from other schools and form lasting friendships.

“We have had members of the math teams that became friends with math team students from other schools and went on to room with them in college,” Baggett said. “So, being on the math team offers the students many benefits and rewards.”