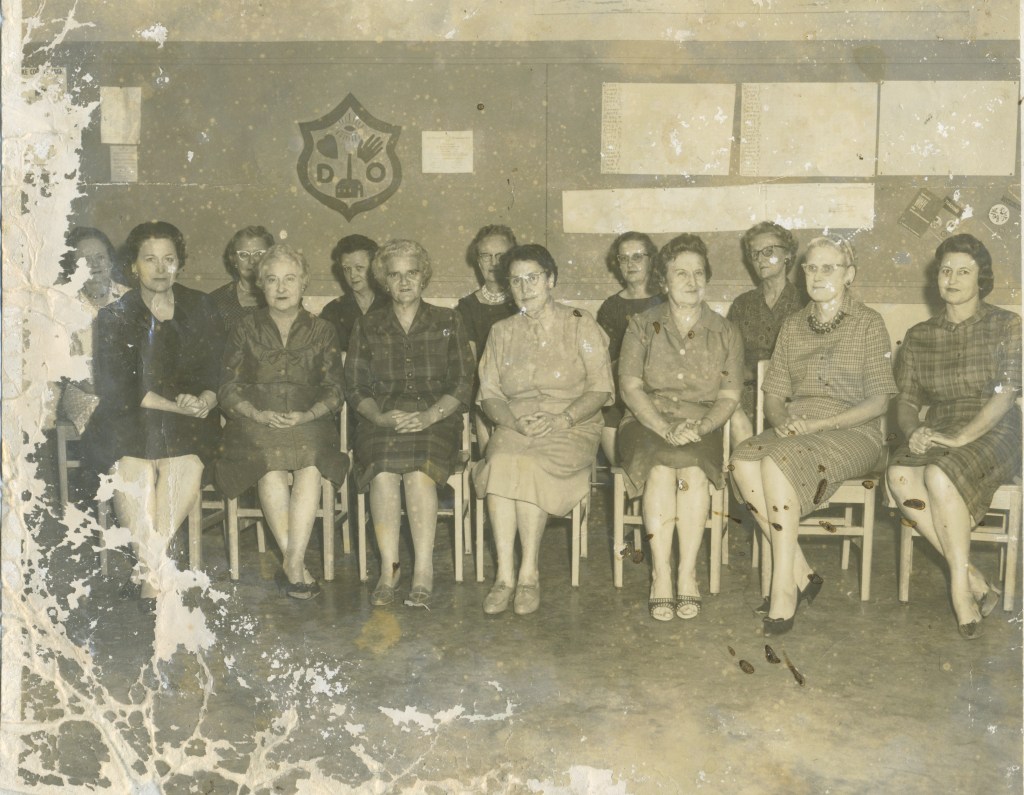 Imagine retired Brundidge Mayor Jimmy Ramage sitting in detention in a Coca-Cola box at the dark end of the schoolhouse hall.

Ramage laughingly remembers many times that he climbed onto a folding chair to get in the old Coke box to think long and hard about what happened to little boys who talked in class.

“It was one of those old metal Coke boxes with a lid on top, but the lid was off,” Ramage said. “Miss Dubose was a tough teacher and I liked to talk so I was up in the Coke box a lot.”

Ramage looks back on his elementary days in Brundidge with fond memories and deep respect and admiration for the teachers, those who taught him and those who influenced him from across the hall.

“Brundidge was a small school so you knew all the teachers whether you had them or not,” he said. “‘Miss’ Burnett was my first grade teacher and she was a sweet, sweet lady and she loved her ‘children.’ And, I knew about the other first-grade teacher, ‘Miss Synco.’ What I remember most about her was that her students were all good readers because she really pushed reading.”

When small county schools closed, those students came to the county elementary school in Brundidge, bringing a host of new students and their teachers.

Ramage said the teachers at Brundidge Elementary School were interested in their students and dedicated to their receiving a “good foundation” in education. And getting a good foundation included what Ramage said, today, might be called harassment.

“Teachers didn’t send you to the principal to be disciplined. They took care of it themselves,” he said. “Or course, paddling was in style back then – when it was needed. But for minor things, you had to write on the blackboard, ‘I shall not talk in class’ 100 times or wash the blackboard or dust the erasers. Sometimes you had to miss play period and clean up the classroom.”

The best year of his elementary school days was the year Tarentum School closed.

“We had so many children in our grade that they had to put us way over in the American Legion Building that was later the Doghouse,” Ramage said. “We loved being down there because we could go outside and play anytime our teachers would let us. The only time we went up to the ‘real’ schoolhouse was at dinnertime. Nobody wanted to walk all the way down to where our class was so we were left alone. We had a ball down there.”

The 13 teachers, who dispensed education to the students in their classrooms at Brundidge Elementary School in the mid1950s and 1960s and those across the hall and down the hall, all had an impact on the student population.

“Miss Annie Harmon and my mother were good friends, so she was a big influence on me,” Ramage said. “But I was influenced by most all of the teachers. Several of them were my classroom teachers over those elementary years. But even the ones that were not had a positive influence on my life and, I would think, on all of our lives. We could not have had a better group of teachers to provide us with our foundation in education. It just took some of us knuckleheads a while to realize it.”