Car careens through Krystal parking lot and into ravine 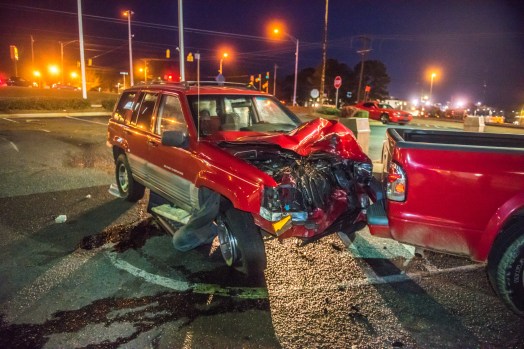 A Jeep Grand Cherokee sits smashed in the Krystal parking lot Tuesday after being hit by a car that left U.S. Highway 231. The vehicle was unoccupied at the time of the crash. 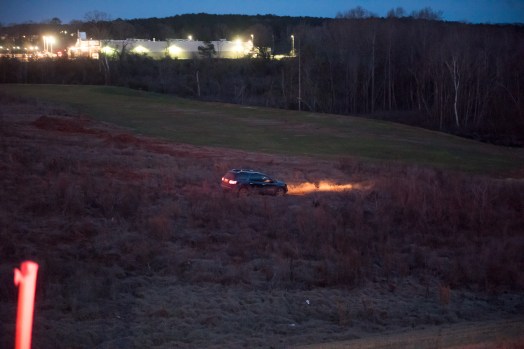 A 2008 GMC Acadia sits in a ravine after the driver suffered an apparent medical episode Tuesday and left U.S. Highway 231.

Police say a medical episode is the likely cause of a vehicle driving off U.S. Highway 231 Tuesday and slamming into a car in the Krystal parking lot before going into a ravine.

Troy Police Chief Randall Barr said an officer in the area responded after hearing the collision at approximately 5:25 p.m.

The vehicle, a 2008 GMC Acadia driven by a 29-year-old man that police did not identify, reportedly left the highway near the entrance of the Troy Marketplace and plowed through private signage and shrubbery before colliding with an unoccupied 1998 Jeep Grand Cherokee parked in the Krystal parking lot.

“That vehicle then struck a 2002 Dodge Dakota that was also parked at the restaurant and occupied by a 62-year-old man,” Barr said.

The Acadia continued on through the parking lot and more shrubbery, crossing John H. Witherington Drive and finally coming to a stop after going into the adjacent ravine.

Barr said the driver did suffer minor injuries – including a laceration to the forehead – but was treated on the scene by Troy Fire and Haynes medics and was not transported to the hospital.

The occupant of the Dakota complained of pain and was transported to Troy Regional Medical Center by private vehicle.

Ken Jones, manager, said he is just thankful that nothing worse happened.

“We can replace property, but we can’t replace our people,” he said.

Barr said the straight-line trail of wreckage is consistent with a driver having a medical episode. He confirmed that alcohol played no factor in the crash.