‘STAND UP’: Lewis urges students to speak out against injustice 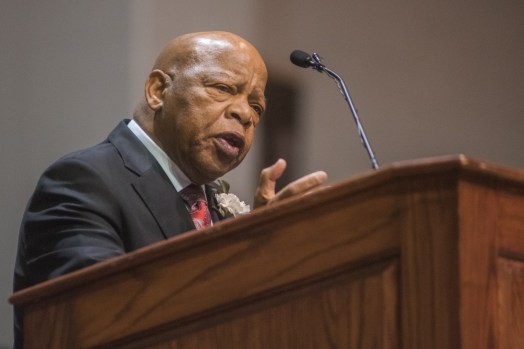 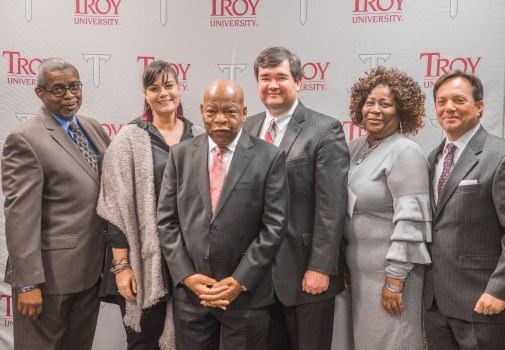 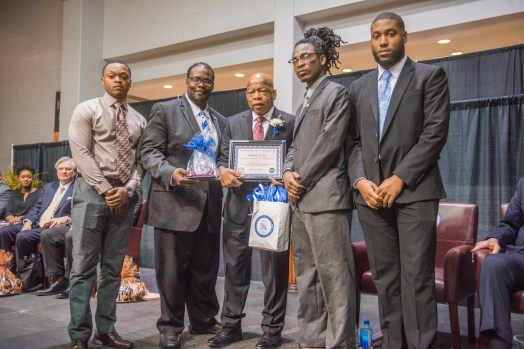 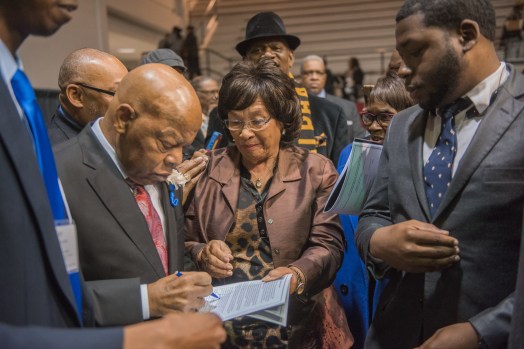 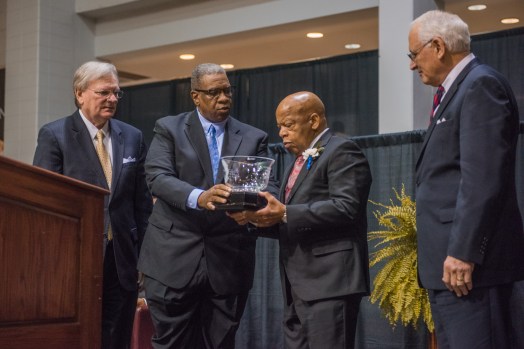 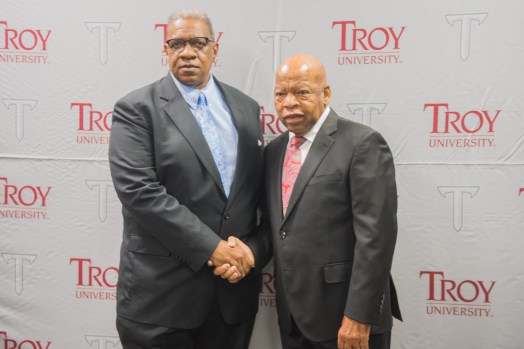 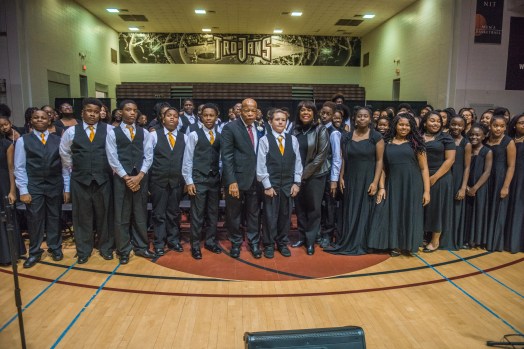 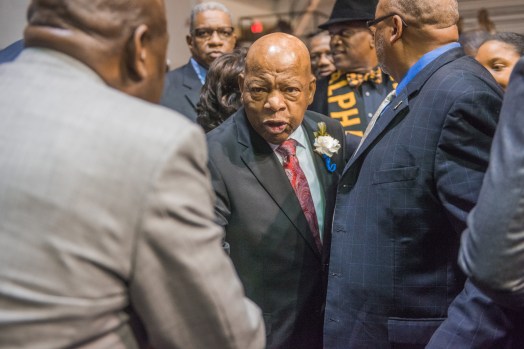 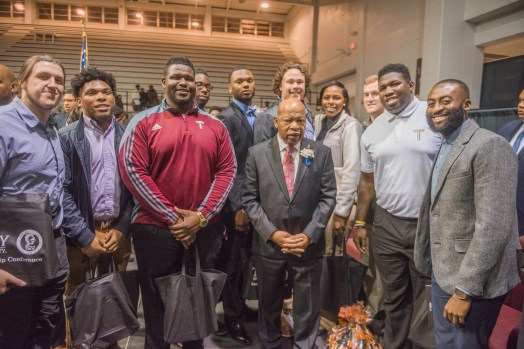 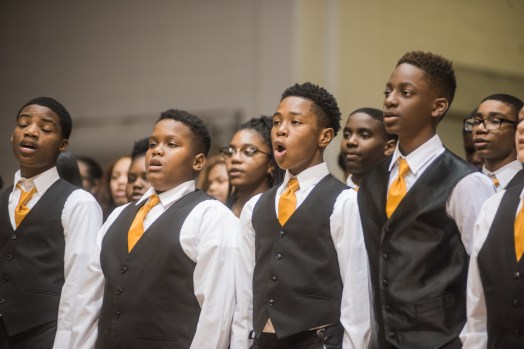 “Before I met Dr. (Martin Luther King Jr.) or (Rosa) Parks, I would ask my momma about the signs that said ‘white people,’ ‘colored people,’” said Rep. John Lewis Friday in a keynote speech at Troy University’s Leadership Conference Celebrating African American History Month. “She would say ‘Boy, that’s the way it is. Don’t get in the way; don’t get in trouble.’ Parks and King inspired me to get in trouble, good trouble, necessary trouble and I’ve been getting in trouble ever since.”

Lewis’ trip to Troy was a return home for the Pike County native, although he has represented the 5th district of Georgia in the U.S. House of Representatives for the last 30 years.

Lewis grew up on a farm just outside of Troy as a child and graduated from Pike County Training School. He still has family in Pike County to this day.

Lewis shared insight Friday into his life on that farm and his journey to becoming a major Civil Rights leader known particularly for his role in leading the ‘Bloody Sunday’ march in Selma on March 7, 1965.

“Some of you have heard me tell this story, but when I was a little boy I grew up about 10 miles from here,” Lewis said. “With the help of my brothers and sisters and cousins, we would gather all the chickens in the chicken yard and I would preach to the chickens. Some of those chickens bowed their heads, some shook their heads, but they never did quite say amen. But I’m convinced some of them listened to me better than my fellow members in Congress and some of them were more productive too; at least they laid eggs.”

Despite his life on the farm, Lewis would go on to become an avid reader and was soon inspired to join the movement, and encouraged the young people gathered to hear him Friday night to do the same.

“When you see something that isn’t right – that isn’t fair, that isn’t just – you have a moral obligation to stand up, to speak out.”

Lewis also encouraged the crowd to avoid hatred and to be peaceful and nonviolent in all matters.

“As Dr. King said, hate is too heavy a burden to bear,” Lewis said. “If you’re going to do something, do it in a peaceful way. Accept the teaching of Gandhi and the way of Jesus. Peace and love is a much better way. Despite all the arrests and jailings, I don’t know anyone that I dislike or hate.”

Lewis called education the key to unlocking the best possible future for the nation.

Lewis said Americans must go forward together, learning to live together.

“We must learn to live together as brothers and sisters, if not, as Dr. King suggested, we will perish as fools,” he said. “We have to look after each other and take care of each other, and we must never, ever give up on each other. It doesn’t matter if we are black or white, Latino American, Asian American or Native American, we are all one people, one family. We all live in the same house, and it is not just an American house, but it is a world house.”

Local leaders honored Lewis with a bowl commemorating 60 years since the bus boycott inscribed with a quote by Rosa Parks: “You must never be fearful about what you are doing when it is right.”

“All of my life I’ve been around powerful and important people, but I am in awe of John Lewis …” said Mayor Jason Reeves. “We’re so honored that our favorite son has come home to share his wisdom with us tonight. Tonight I’m the mayor, but more so, I’m a student and a fan. You’re going to hear history tonight.”

The Leadership Conference will conlude today with a luncheon with the closing speech presented by Rep. Terri Sewell, representative for the 7th district of the Alabama House of Representatives.

The city will continue its celebration of Lewis following the conference with the proclamation of John Lewis Day in Troy and Alabama and the unveiling of a historical marker in honor of Lewis.

The ceremony begins at 2 p.m. at the Troy Public Library and will be followed by a screening of “Get in the Way,” a documentary detailing Lewis’ life and legacy.