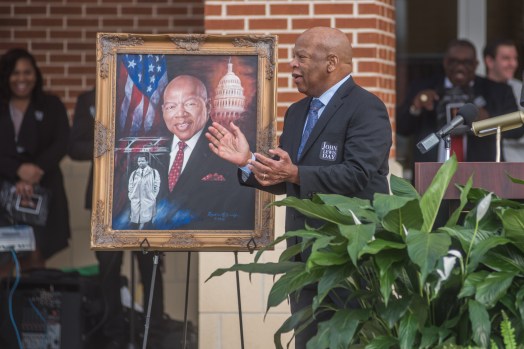 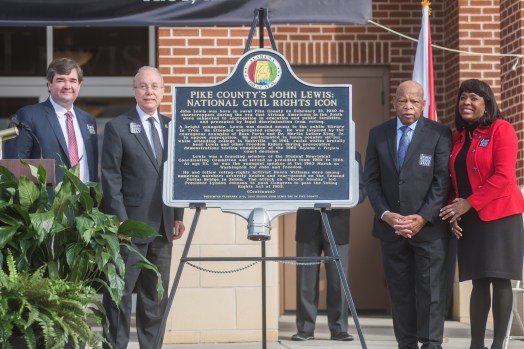 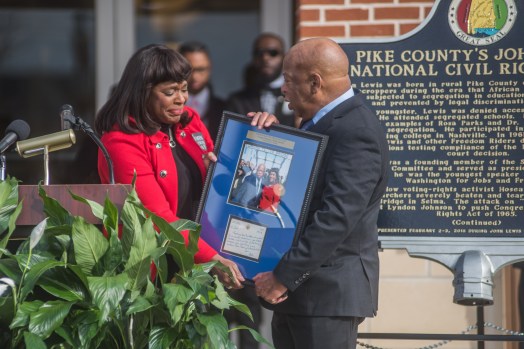 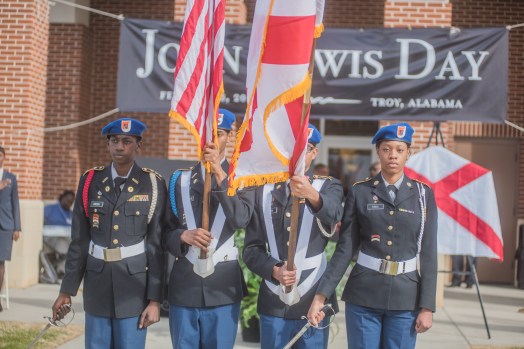 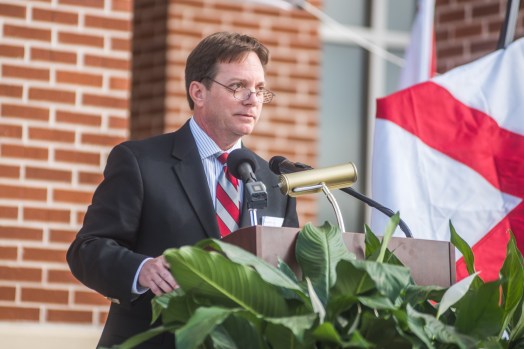 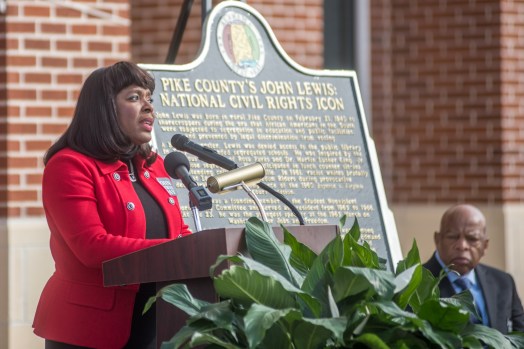 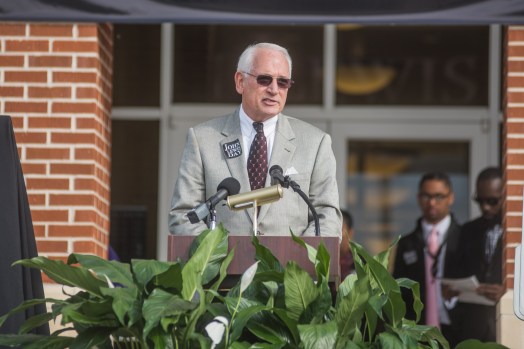 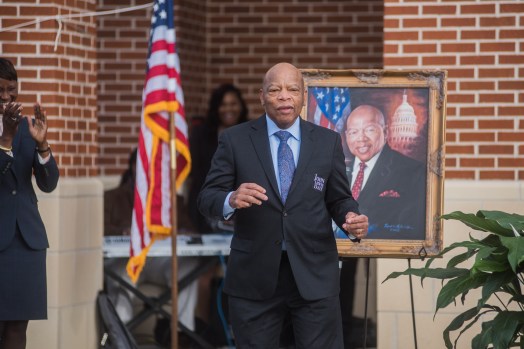 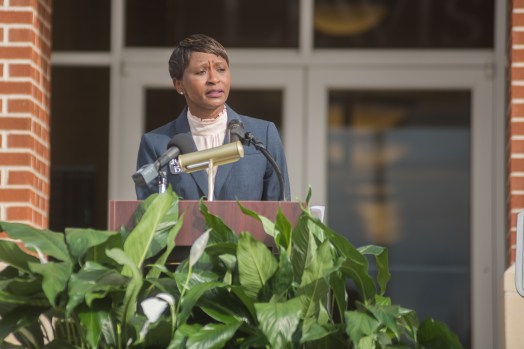 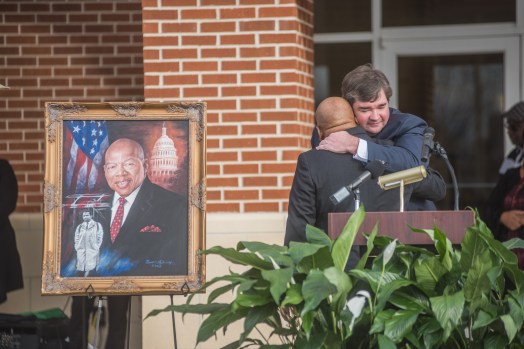 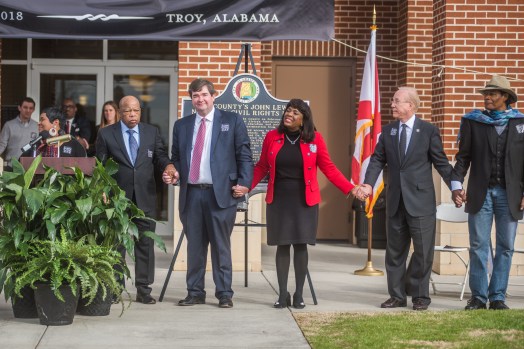 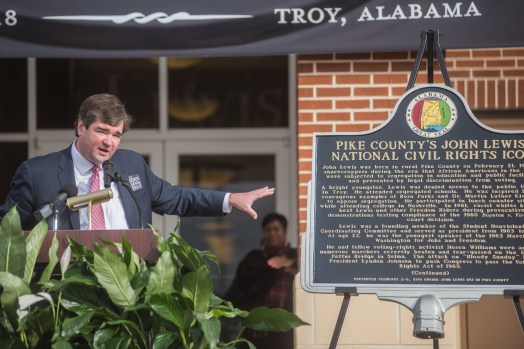 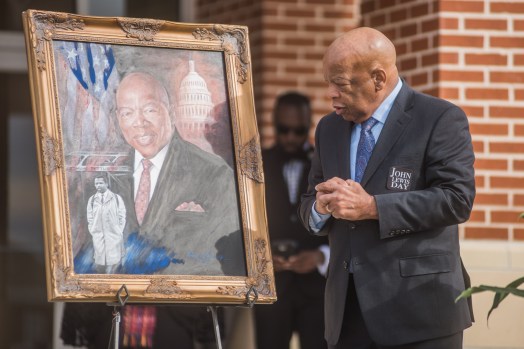 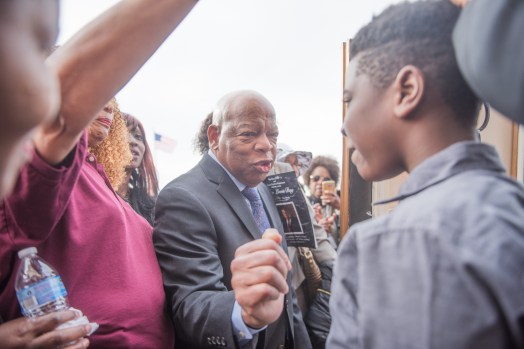 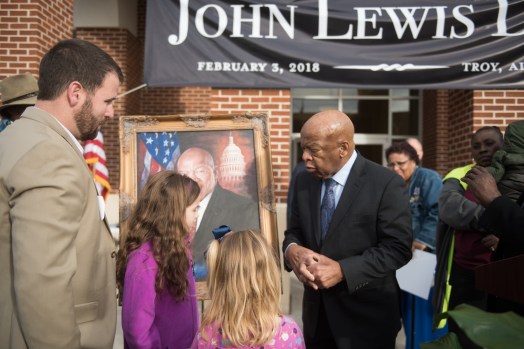 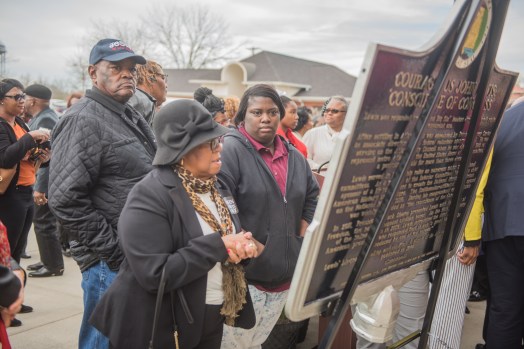 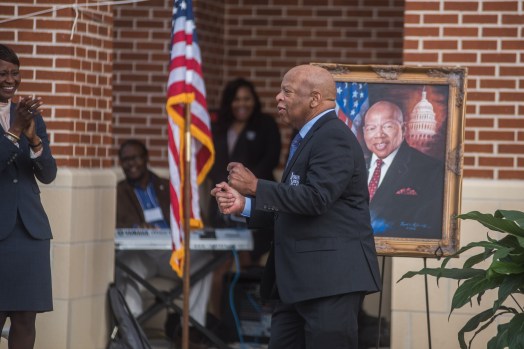 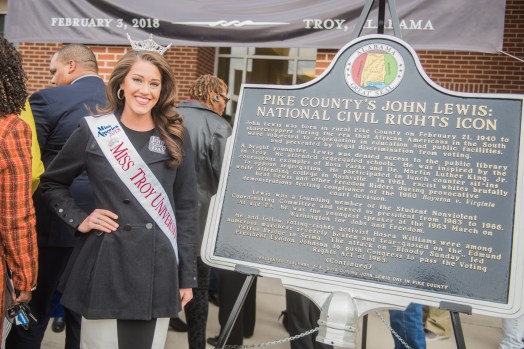 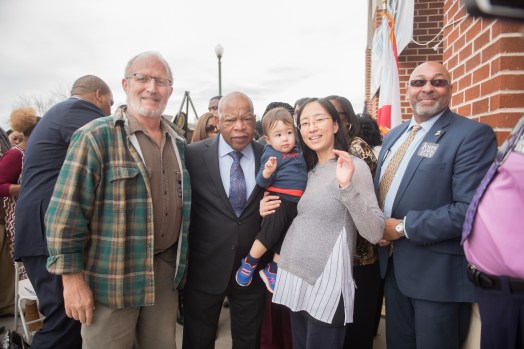 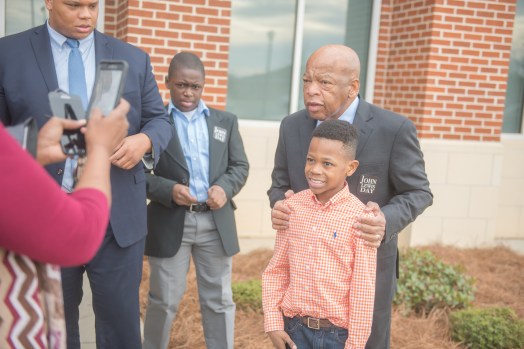 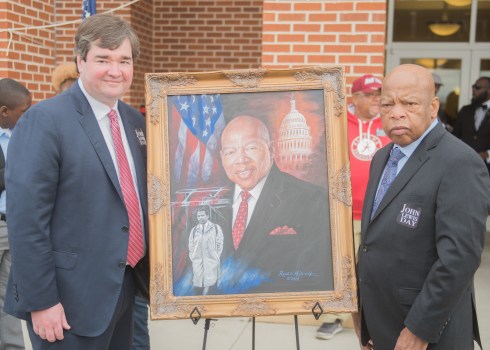 For John Lewis and everyone he has touched in his time as a leader of the Civil Rights movement and as a member of Congress, Saturday, Feb. 3 was a very special day.

City and state officials gathered with Lewis and the community outside the Troy Public Library Saturday to honor the historic Pike County native.

“When I left home today I thought, when you’re a leader there are not a lot of great days, but I was thinking ‘Praise God, what a great day this is … ’” said Mayor Jason Reeves. “I can’t imagine a day as mayor that will top this.”

Reeves officially proclaimed Saturday as John Lewis Day in Troy, presented Lewis with a key to the city and unveiled a portrait of Lewis painted by artist Ronald McDowell, who also sculpted the Rosa Parks statue at Alabama State University and has been commissioned to sculpt the Martin Luther King Jr. statue at Dexter Avenue King Memorial Baptist Church.

Reeves and Lee Sentell, director of the Alabama Tourism Department, also unveiled a historic marker detailing Lewis’ legacy, which reeves said will be placed downtown and will be part of a program that all kindergarten students participate in.

“I am so honored and deeply moved,” Lewis said. “I saw the (John Lewis Day banner) when I drove up and started crying and I’ve been crying ever since.”

To fight back the tears, Lewis danced his way up to the podium as the band played.

Lewis said that being honored in his hometown was particularly special to him.

“I’ve had monuments and markers and streets named after me all across this country, but I never dreamed I would be honored here in Troy, Alabama.”

Rep. Terri Sewell, the first black woman to be elected to represent Alabama in Congress, said Lewis is the reason she could get to the place she is today.

“I grew up in Selma and year after year I would see that Pilgrimage reenacting the walk across the Edmund Pettus Bridge,” Sewell said. “As a little girl, I could only dream of one day leaving Selma; when I saw him, I knew anything was possible.”

Sewell presented the congressman with a plaque form her own office wall with a picture of herself and Lewis on that historic bridge with a personal note from Sewell thanking Lewis for his example and his mentorship.

Special music was provided by Sheila Jackson and the Antioch Missionary Baptist Church choir for the ceremony. The Charles Henderson High School JROTC presented the colors.