Troy gets grant to improve utilities near Academy Street School 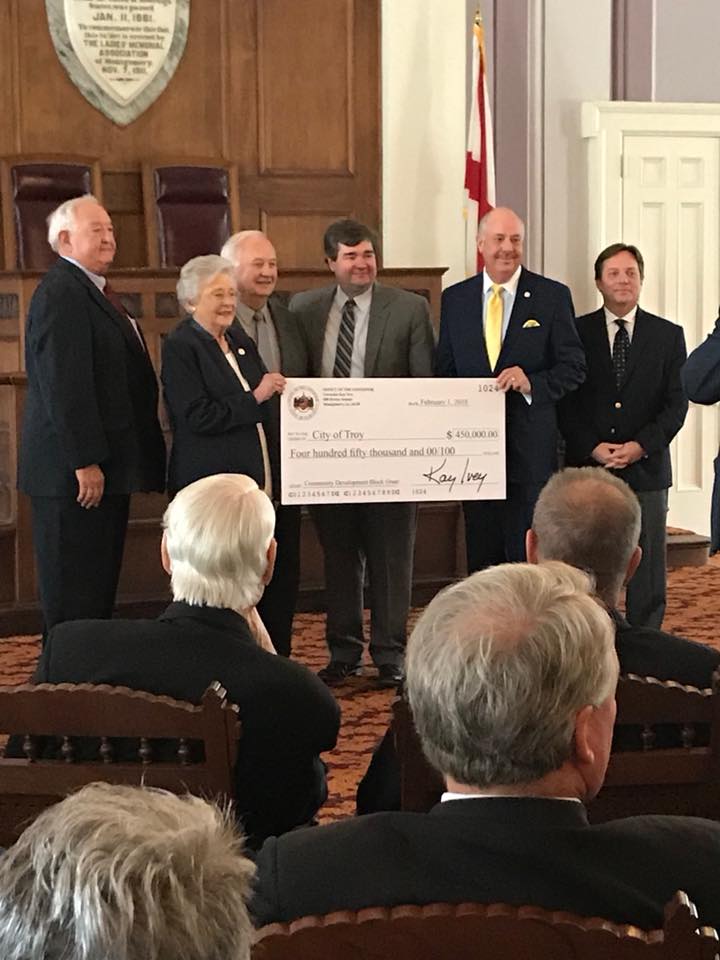 “This is the first part of the revitalization of the Academy Street School area,” said Mayor Jason Reeves. “This area is important to the community. This will help the homeowners in the area with upgraded utilities.”

Reeves said the project will revamp the entire branch area on Adams Street from the creek to just below the former school.

Reeves said city officials are still working to have the school revitalized to be used as a place for community events and gatherings.

There is not specific timeline set yet, Reeves said, but he hopes to begin work as soon as possible and believes that the work will be done within a year, barring delays stemming from the grant process. “There’s still some steps to go through,” he said.

“It’s great to work with our legislative delegation Rep. Alan Boothe and Sen. Jimmy Holley to seek out the much-needed funds we need to improve our community,” said Marcus Paramore, council president.

Reeves said work will begin as soon as the grant process is completed.