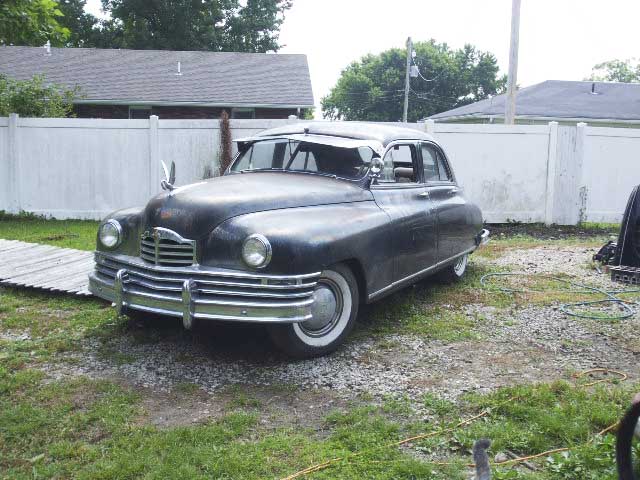 This black 1949 Super 8 four-door Packard was found Thursday in Brundidge after going missing from Troy earlier this month.

Police have recovered a classic car that the Florida owner said went missing when he left it in Troy until he could fix the trailer it was being hauled on.

Troy Police Chief Randall Barr said investigators got a tip from a local resident who read a story about the apparent theft in The Messenger Thursday.

Jean Brunton left the car while travelling through Troy on his way to Florida from Missouri on Dec. 22 and he returned Jan. 26 to find the vehicle gone.

The car is a black 1949 Super 8 four-door Packard that Brunton said is meant to be his retirement project.

“I had not even gotten the chance to drive it yet,” Brunton said. “I haven’t even put 2 miles on it.”

Brunton attempted to replace the hub on the trailer the night it broke, but said he couldn’t get the right part, so he pulled the trailer and car onto an access road near Julia’s Restaurant and Econolodge and checked with both owners to ensure it was OK for him to leave the car there before heading on his way to Floirda.

“We recovered the vehicle at an automotive business in Brundidge,” Barr said. “Nobody has been charged or anything else at this point; we’ll have to allow the investigation to unfold.”

Barr said both the car and the trailer have been recovered at this time and a police report has been filed.