MAKING CHANGE: Banks students give back to Pike Animal Shelter 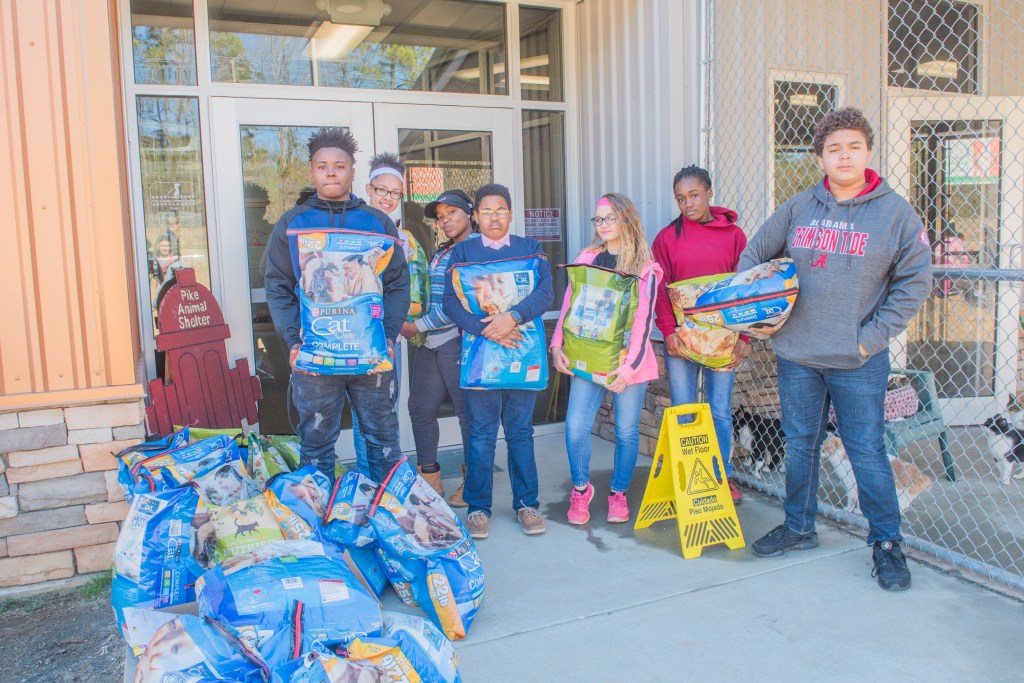 Benjamin Franklin said a penny saved is a penny earned.

And when those pennies are saved with a purpose, they can make a difference in the world, big and small.

On Wednesday, the kindergarten students in Sabrina Thomas’ class a Banks Primary School got a soft and cuddly look at the difference pennies can make.

Thomas’ class was the winner in a service project initiated by the Banks School Student Government Association.

“The SGA wanted to do a service project and the members chose the Pike Animal Shelter for the project,” said Latoya Gay, SGA sponsor. “To raise funds for the animal shelter, each class was encouraged to donate their loose change to the service project. The class that donated the most money would have the opportunity to visit the Pike Animal Shelter in Troy and present the donation to the director, Jacqueline Meeks.

“My students were so excited about doing something for the animals,” Thomas said. “Every day they were bringing in money.”

With that many dollars to spend, the SGA members were able to check off a large number of items from the Pike Animal Shelter’s needs list.

“We bought about 40 bags of dog and cat food, animal toys, kitty litter and cleaning supplies,” Gay said. “The money that was donated to the Pike Animal Shelter project was put to good use. The children really enjoyed visiting the animal shelter. Many of them were there for the first time and they were surprised that there were so many dogs and cats at the shelter.”
Meeks stressed to the SGA members and the kindergarten students that all animals in the shelter are homeless.

“The students were sad that those animals didn’t have homes,” Thomas said. “They went in the kitty room and held the kittens and read to them. Some of them wanted to adopt kittens and take them home but I told them that would be something for their parents to decide.”

The Banks School “change” project provided needed supplies to the Pike Animal Shelter and also brought awareness of the plight of homeless animals to the students.