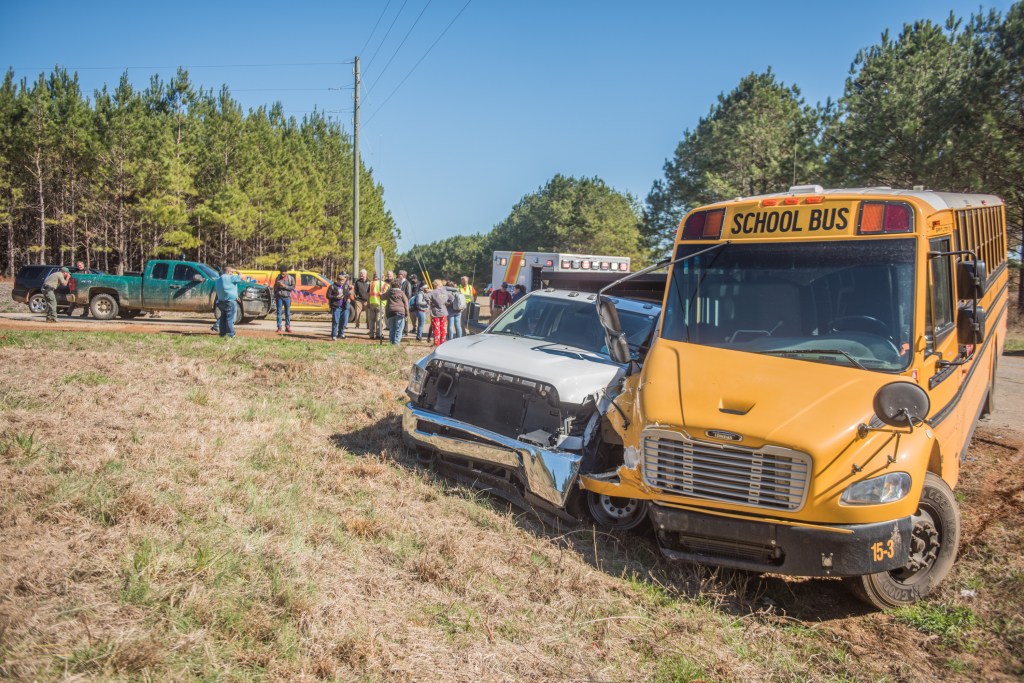 Pike County Schools Superintendent Mark Bazzell said it was a “scary call” when he was notified that one of his buses carrying six students and an adult driver had been involved in a wreck.

“We were certainly concerned when they said there could be possible entrapment,” Bazzell said.

None of the passengers on the bus were injured in the collision, however, and neither was the driver of the dump truck that was involved in the crash.

“We’re just so thankful that nobody was injured,” Bazzell said.

The bus was carrying Goshen High School students that had traveled to Pike County High School for their Business and Finance Academy course.

The crash is being investigated by the Alabama Law Enforcement Agency.