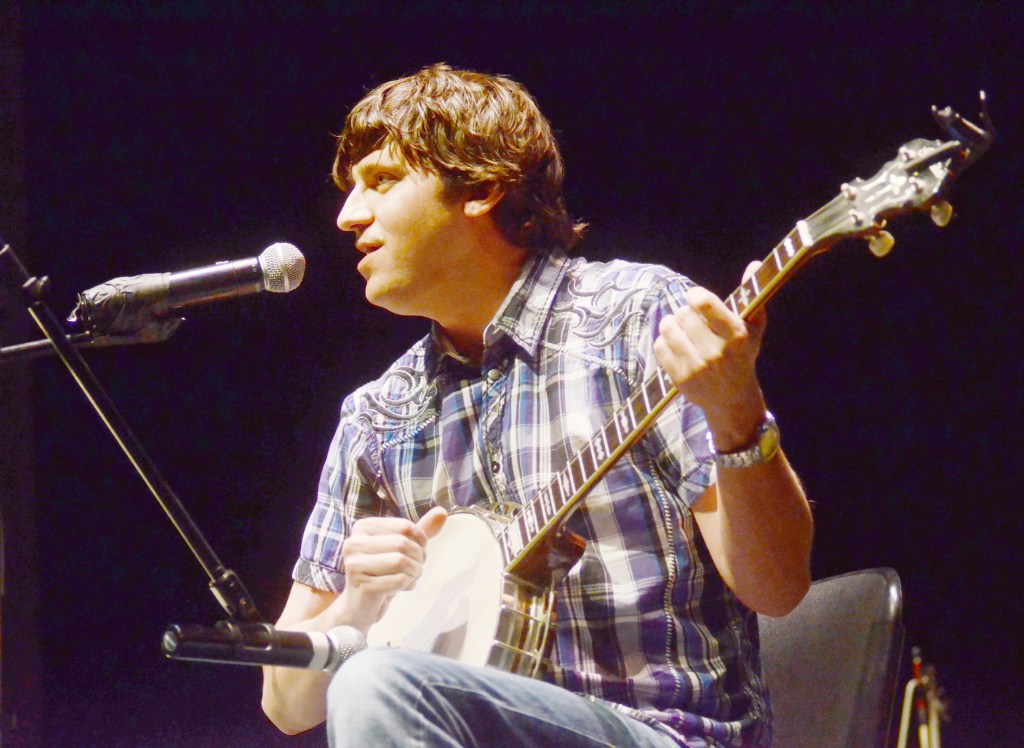 Josh Goforth performs at a previous Pike Piddlers Storytelling Festival. Goforth is one of four storytellers headlining this year’s festival. He will be joined by Donald Davis, Tim Lowry and Elizabeth Ellis.

Internationally acclaimed acoustic musician and storyteller Josh Goforth will be on stage at the Pike Piddlers Storytelling Festival in Pike County this weekend.

Goforth knows where he’s from and he takes great pride in his Western North Carolina mountain heritage and it shows. His positive energy and big smile light up stages around the world.

The 30-something Grammy nominated musician has played at the Grand Ole Opry and at Carnegie Hall and in Europe and Asia.

Goforth has been recognized as one of the most talented musicians to spring from the musically enriched soil of Madison County, North Carolina. Around those parts, Goforth is said to have been born musical. He was playing the piano in church when he was only four years old. And, boy, you ought to hear him now. Ask those who have heard Goforth “cut loose” on the fiddle, the banjo and the guitar.

But, there’s more talent springing from Goforth than music. He is also a master storyteller. Just ask Amanda Smothers, who is the lead singer with The Lighthouse String Ensemble, one of the three bands that open for the Pike Piddlers Storytelling Festival.

“I was raised on bluegrass music and, when I first heard Josh sing and play his guitar, my mouth literally dropped open,” Smothers said. “His sound was so authentic to the roots music of the mountains that I was transfixed from beginning to end of his set.”

Smother said Goforth’s musicianship was second-to-none and his stories were equally gripping.

“Hearing him talk about his memories growing up in the mountains of North Carolina wasn’t too far removed from my memories of growing up in rural South Alabama,” she said. “I laughed myself to tears to hear him spin his tales about his Pawpaw, realizing that my very own late Pawpaw had so many of the same quips and peculiarities that come with growing up away from the big cities.

“Josh seemed himself like family. He tells his stories with so much heart you think you know all of the characters personally and you are sad to see him leave the stage.  I’m a fan for life.  He’s incredible.”

Goforth will join nationally acclaimed storytellers, Donald Davis, Elizabeth Ellis and Tim Lowry on stage at the We Piddle Around Theater in Brundidge (Friday, sold out) and the Trojan Center Theater on the campus of Troy University on Saturday.