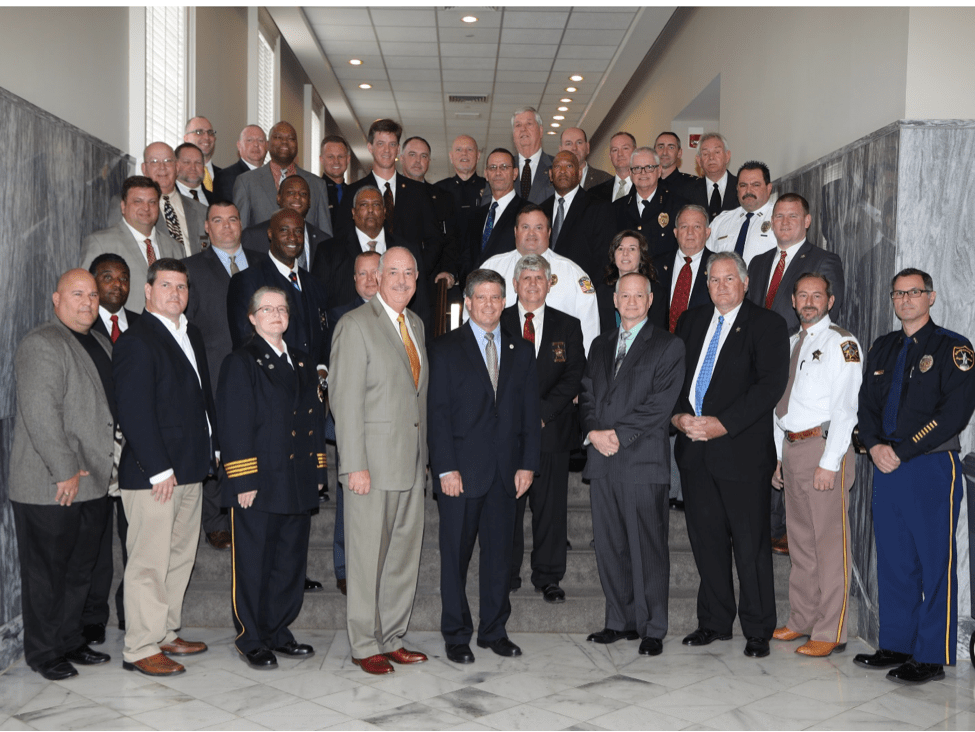 Law enforcement agency leaders from around the state gathered Thursday, Jan. 11, at the state’s Capitol to participate in a ceremony honoring members of the newly created Alabama Drug Enforcement Task Force.

The ADETF mission is to share resources and intelligence to dismantle drug trafficking organizations and fight violent crime. The Alabama Department of Economic and Community Affairs (ADECA) and the Alabama Law Enforcement Agency (ALEA) worked together, in conjunction with law enforcement agencies from around the state, to establish this statewide program in October 2017, and Governor Kay Ivey announced the task force in a November 2017 news release.

ADECA Director Kenneth Boswell said, “I commend those law enforcement officers who have agreed to become a part of the Alabama Drug Enforcement Task Force and the commitment and sacrifices they make in carrying out their duties. ADECA is proud to be a part of this process that will take drugs out of our communities and make our streets safer.”

The ADETF currently comprises 47 member agencies and 75 Task Force Officers. During the first three months of operation, the task force has opened 172 criminal investigations, resulting in 275 criminal charges and 99 arrests. Members also have seized illegal drugs including opioid drugs, heroin, cocaine, marijuana and methamphetamines with a total street value of approximately $2.1 million. In addition to drugs, 98 firearms have been seized from persons operating in the illegal drug trade.