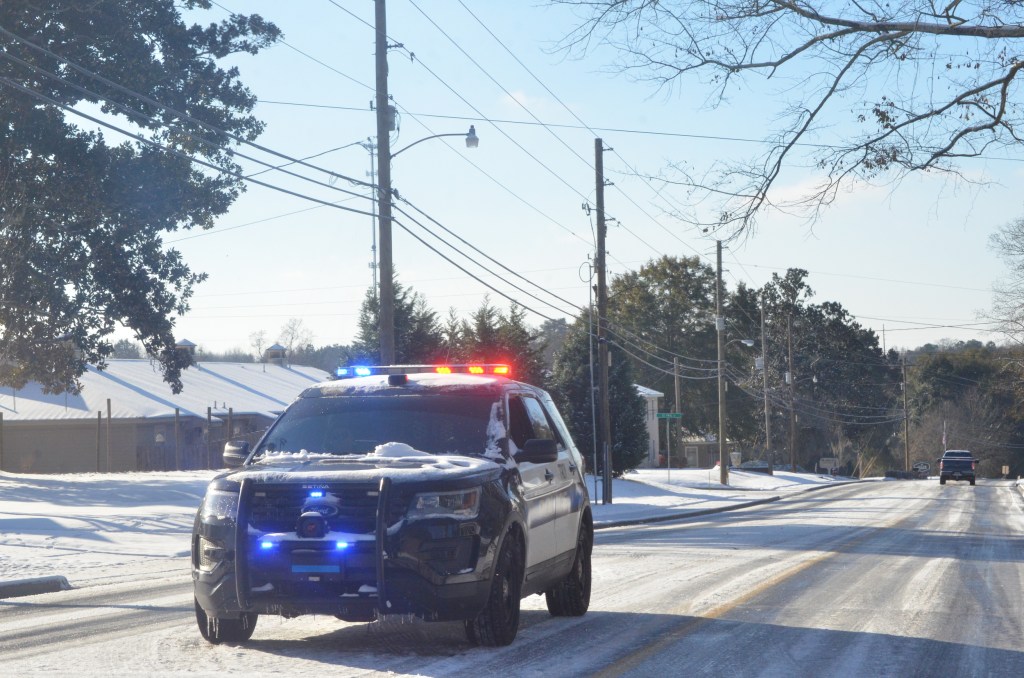 Officials are urging drivers to stay home and off the roads today as below-freezing temperatures are keeping roads from thawing out.

Capt. Tracy Nelson of the Alabama Law Enforcement Agency said U.S. Highway 231 is not even safe to travel at this time.

“U.S. 231 from Ozark to Troy is experiencing major issues with ice on the roadway causing traffic to completely stop,” Nelson said in a release Wednesday. “The Dothan and Troy Trooper offices are currently working and responding to a multitude of traffic crashes most of which are due to the icy conditions. All roads and bridges in the southern 10 counties we serve are considered very dangerous to drive on.”

Nelson also said several tractor-trailers are blocking U.S. Highway 84 east of Andalusia due to ice on the roadways.

Troy officials have closed Three Notch Street from St. Paul Street to U.S. Highway 231 due to numerous vehicles getting stuck trying to go up the steep incline.

Most other roads in Pike County are not closed or declared impassable, but interim EMA Director Herbert Reeves advised for residents to stay home if at all possible.

““Roads are still slick,” Reeves said. “Several vehicles are stalling out, especially trying to get up hills. Unless people have to be out, we are urging them not to be out until this thaws a little more. If you don’t have to be going anywhere, please stay at home.”