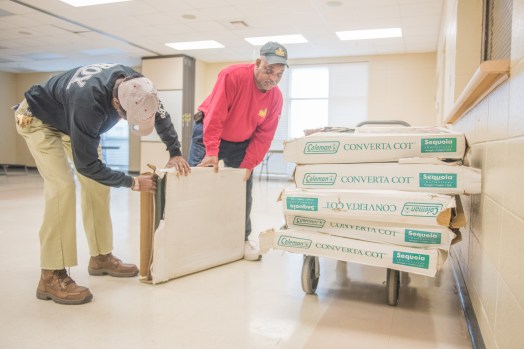 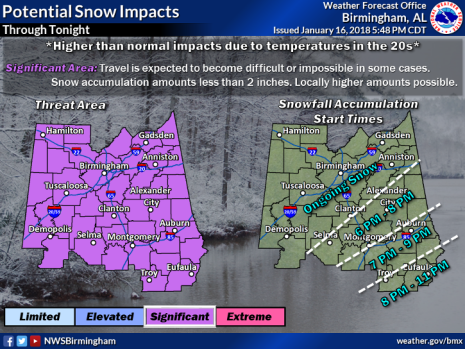 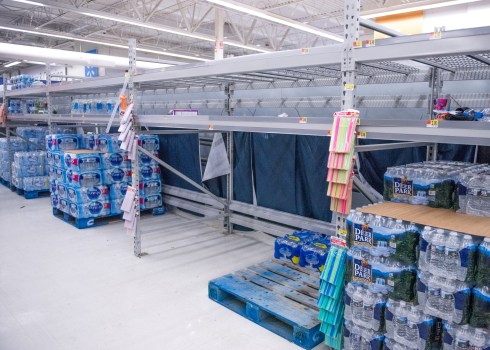 Walmart runs low on water in preparation for winter storm

Local schools and offices will close Wednesday as Pike County braces for winter weather that could bring up to two inches of snowfall and potentially make roads impassable.

As the winter storm approaches, National weather forecasts have shifted the timing of snowfall in Pike County to sometime between 8 p.m. and 11 p.m. with a chance of freezing rain coming in before temperatures fall enough for snow.

All local schools including Troy University have cancelled Wednesday classes.

“The safety of our students, parents and teachers are our number one priority,” said Lee Hicks, superintendent at Troy City Schools. “We didn’t want families trying to bring students in on icy roads… We have these days built into our schedule anyway and with a state of emergency, we won’t have to make this day up. Instructional time will not suffer.”

The National Weather Service in Birmingham projects Pike County to get up to two inches of snow with snow showers starting as early as 8 p.m. and lasting into the early morning hours Wednesday. Low temperatures of 18 degrees and a windchill of 10 degrees are expected both Tuesday and Wednesday nights in association with the front.

With that amount of snow and temperatures that low, Capt. Tracy Nelson of the Alabama Law Enforcement Agency (ALEA) said roads in the area could become icy and dangerous.

“We do expect the weather to start degrading over the next 48 hours,” Nelson said. “North Alabama currently has a lot of snow on the ground and we anticipate wet snowy mixture to approach us as the midnight hour approaches (Tuesday). We’re asking for people not to drive. You shouldn’t really be out and about during this time. We want to try to curtail people from actually getting out on the road; leave that to emergency vehicles and utility workers.”

Officials with the Alabama Department of Transportation are also warning motorists about hazardous road conditions.

“Hazardous driving conditions should be expected in any part of Alabama where snow or precipitation is followed by temperatures dropping below freezing,” said ALDOT spokesperson Brantley Kirk in a statement. “Icy conditions may develop on any streets or highways especially bridges, overpasses, elevated spans, and hilly or shaded areas, even in areas that may have been pre-treated in advance of wintry precipitation. To avoid being caught in icy conditions, delay travel after snow or precipitation begins to fall.”

Brantley said the high temperatures of the roadways could actually cause snow to melt and then refreeze on the road as ice.

“High pavement temperatures from warm weather through Monday may cause snow or wintry mix to melt and immediately begin turning to ice or slush, making driving conditions difficult and potentially hazardous,” Kirk said.

The City of Troy and the Pike County Courthouse have also shut down operations in advance of the expected wintry weather.

“In an abundance of caution… we thought it best to plan for the worst and deal with it from there,” said Mayor Jason Reeves.

The Troy Recreation Center opened Tuesday night at 5 p.m. as a warming center for those people needing a place to stay in the frigid temperatures.

“Temperature-wise it will not be a whole lot colder than it has been, but the threat of traffic issues on the roads and as bad as the windchill can be related to this, we’re going to offer an opportunity for people if they need a warming location,” Reeves said.

Interim EMA Director Herbert Reeves said residents should take precautions for the cold temperatures in addition to the snow and traffic concerns.

“Bring in your pets and your plants, make sure your vehicle has antifreeze in it,” Reeves said.

Gov. Kay Ivey declared a State of Emergency Monday ahead of the storm’s expected impact in Alabama.

“All Alabamians should take time to be prepared for the potential of winter weather. I have directed essential state agencies to be on the ready should they be needed over the next couple of days,” Governor Ivey said. “As with any severe weather event, being prepared is of utmost importance. Everyone should take the necessary precautions now and stay informed of the latest weather forecasts for their area. This State of Emergency will ensure that all available state resources are ready if and when they are needed.”

Governor Ivey has directed the following resources to be in place starting at 6:00 a.m. Tuesday morning: Alabama Emergency Management Agency will activate the State Emergency Operations Center in Clanton and The Alabama National Guard will activate soldiers to assist with mission support teams and command staff.

“There are enough uncertainties in the forecast right now that the potential exists that this winter storm could be debilitating to the state for a couple of days due to icy conditions,” said Director of Alabama Emergency Management Agency Brian Hastings. “We are strongly encouraging people to closely monitor this forecast because each portion of the state will face icy conditions at different times. It also important to factor in your commute time to ensure you are off the roads before the first flakes start falling from the sky. In addition to icy road conditions, another factor the state is dealing with is the massive flu outbreak. Now is a good time for people to plan ahead and remain weather aware.”

By declaring a State of Emergency, Governor Ivey is directing the appropriate state agencies to exercise their statutory authority to assist the communities and entities affected by the winter storm.