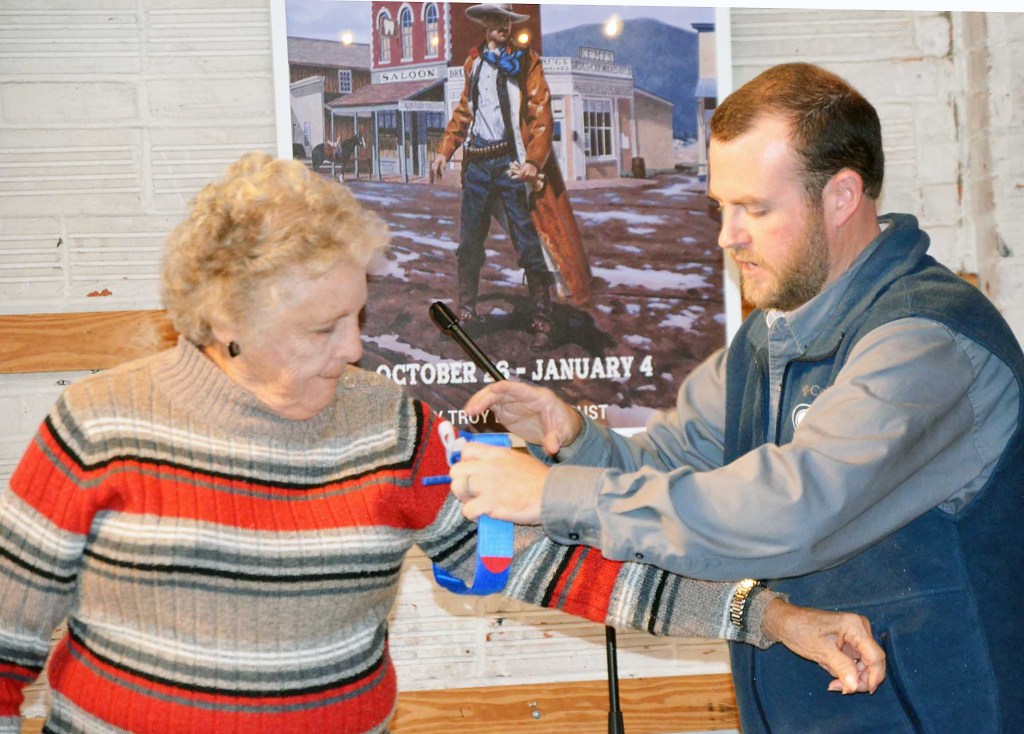 Jacob Fannin, the Alabama State Coordinator for the Stop the Bleed initiative and founder of Shady Grove Tactical, was the guest speaker at Female Factor on Wednesday. Fannin spoke to the gathering of women about the Stop the Bleed national awareness campaign. He demonstrated on Joann Nunnelee how a “military medicine” tourniquet could be used to stop the bleed.

“We all think it can’t happen to us but it can and it does… at a UPS facility in San Francisco, at a Congressional baseball practice in Virginia, a nightclub in Little Rock, Arkansas, an outdoor concert in Las Vegas, a Walmart in Thornton, Colorado and a church in Southerland Springs, Texas,” Lee said. “These active shooter incidents are just from 2017. Anyone, anywhere, anytime can be a victim of violence.”

Lee was introducing Jacob Fannin, the Alabama State Coordinator for the Stop the Bleed initiative and founder of Shady Grove Tactical. Fannin of Troy travels around the state teaching and attending Stop the Bleed training events.

Stop the Bleed is a national awareness campaign and a call to action that is intended to cultivate grassroots efforts that encourage bystanders to become trained, equipped and

empowered to help in bleeding emergencies before professional help arrives.

Fannin told the large group of women in attendance that about 80 percent of bleeding deaths are preventable.

“In the event of active shooters, there is a gap in time between the shooting and the time that medical assistance arrives,” Fannin said. “When law enforcement arrives on a scene, they are there to first secure the area. Ambulances and fire trucks are blocks away having to wait until the area is secured before they can go in. During that gap in time, those involved in the incident are on their own for a while.”

And, it’s during that gap in time that lives could be saved by bystanders who are trained and equipped to stop the bleeding.

“A person who is bleeding can die for blood loss within three minutes so it is important to stop the loss of blood quickly,” Fannin said. “If the blood is bright red and leaving at a high rate of speed, a tourniquet is needed to stop the bleed if the injury is on the extremities.”

Fannin demonstrated the use of a “military medicine” tourniquet that can be applied by a bystander or even the person who has been injured.

“A tourniquet may be kept on a limb for up to eight hours without causing the loss of the limb,” he said. “A tourniquet is never the reason for a lost limb so there is no danger to limbs when a tourniquet is applied. A tourniquet can stop the bleed and save a life.”

Fannin also demonstrated how traumatic hemorrhaging could be stopped in areas of the body where tourniquets cannot be applied. By using directed pressure and packing the wound a life can be saved.

“I would like to see a Stop the Bleed Kit hanging next to every AED, automated external defibrillator, in public buildings,” Fannin said. “These kits include products intended to stop the bleed.”

Fannin said a day has been designated for instructors and students to come together for a day of free training. National Stop the Bleed Day in Troy is set for March 31 and Troy Bank & Trust next to Lowe’s will be the training site.

“There will be about 30 slots for this training and registration is open now,” he said. “The slots will be filled on a first-come basis.”

To register for the free Stop the Bleed training on March 31 Google Shady Grove Tactical for more information.