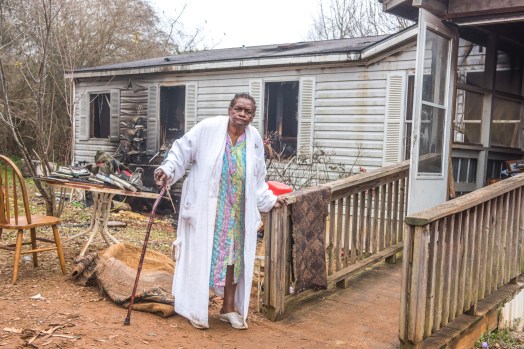 Lillie Queen "Sister" McGuire stands in front of her home after it was gutted by flames Tuesday morning. 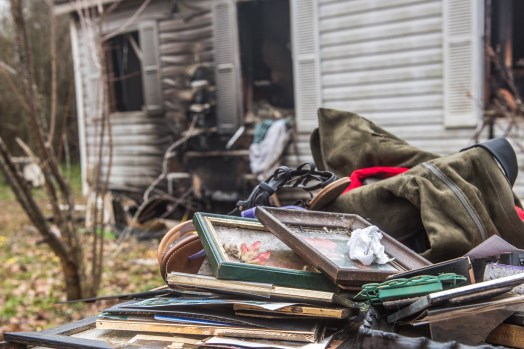 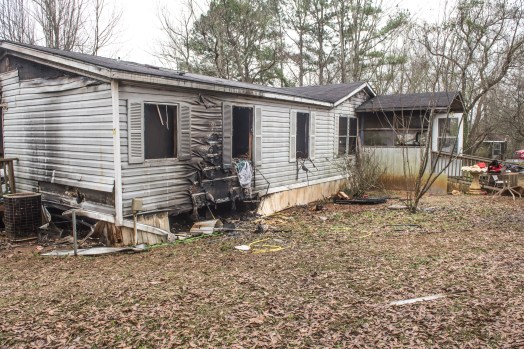 Lillie Queen “Sister” McGuire’s grandkids had just left her home in rural Pike County to get on the bus when she smelled smoke.

When she went to check, she found her home was beginning to catch fire. Spring Hill, Troy, Hamilton Crossroads and Brundidge fire departments all responded to the scene at approximately 8:20 a.m. Tuesday, but it was too late.

“I lost everything,” McGuire said. “All I have are the clothes I’m wearing.”

The flames gutted the entire interior of the house, although it remains standing.

Family and friends went into the home to see if there was anything to salvage, but most everything was lost to the flames.

McGuire said what she needs the most now is clothing and something to sleep on.

A family member of McGuire’s said the fire began with the hot water heater. The official cause of the fire is still under investigation.