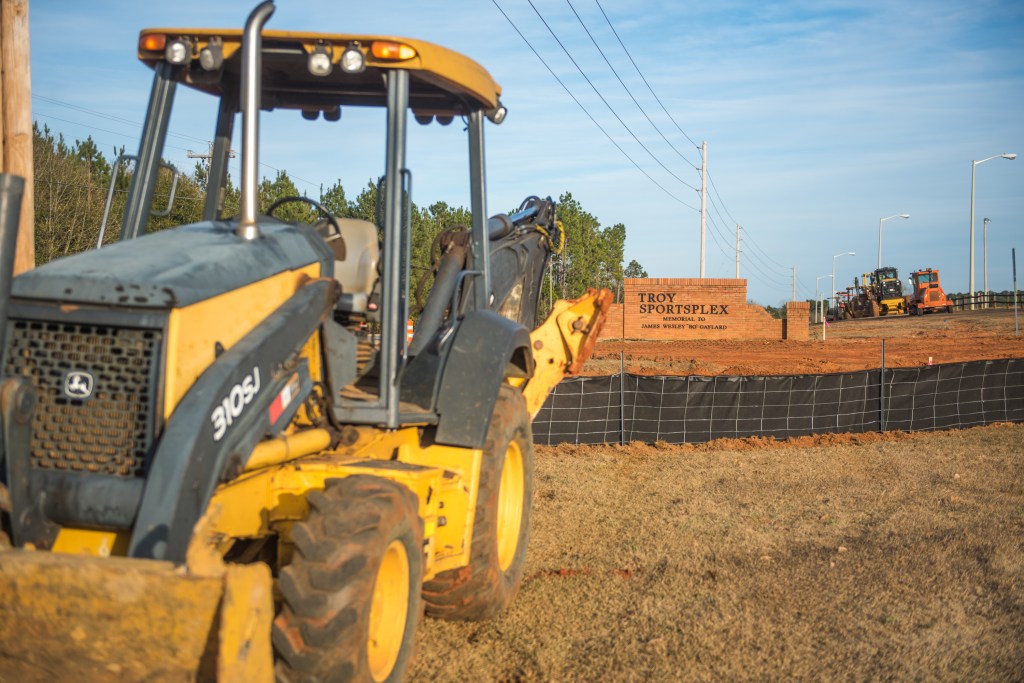 Messenger photo/Jonah Enfinger Work has started on the Enzor Road project, which includes adding left turn lanes and realigning the entrance of the Sportsplex to better access the new connector roads.

Work is finally underway to restructure the entrance to the Troy Sportsplex to align with the new Enzor Road connecter that was completed last January.

The construction was planned to begin on January 2, but crews are waiting for a gas line to be moved, according to Melissa Sanders, planning administrator for the City of Troy.

“They have gone ahead and started doing what they could,” Sanders said. “The gas line is not going to be moved until January 9, and then they can start work full throttle on January 10 or 11.”

Currently, the design of the entrance would mean drivers on Trojan Parkway would have to turn right onto Enzor and then make a U-turn to enter the parking lot.

Sanders said there may be some partial closures of the road during the construction.

“You’ll need to be watching for flagmen,” Sanders said. “If they have to close the road it will be down to one lane, so be very cautious of workmen and pedestrians in that area. Just take it slow and be patient while we work to make this intersection safer and flow better for everyone.”

Despite the crews getting a late start, Sanders said they’re still hopeful to have the project completed by January 31, but could still finish later if weather halts work on some days or if another problem arises.

While the entrance is being redone, Sanders said residents needing to access the Sportsplex can go further down Enzor Road to the eastern entrance.

Construction is also beginning on the construction of multi-use paths for cyclists and pedestrians along Trojan Parkway and John H. Witherington Drive.

Because the path is set away from the road, Sanders said the construction shouldn’t affect drivers, but urged caution for the workers in the area.

“Construction workers are working in those right-of-ways and equipment may be going down the road to get to certain sites,” Sanders said.

The project has a completion date of March 16, 2018, weather permitting.

“We thank you for your patience during these projects as we work hard to improve your city,” Sanders said.