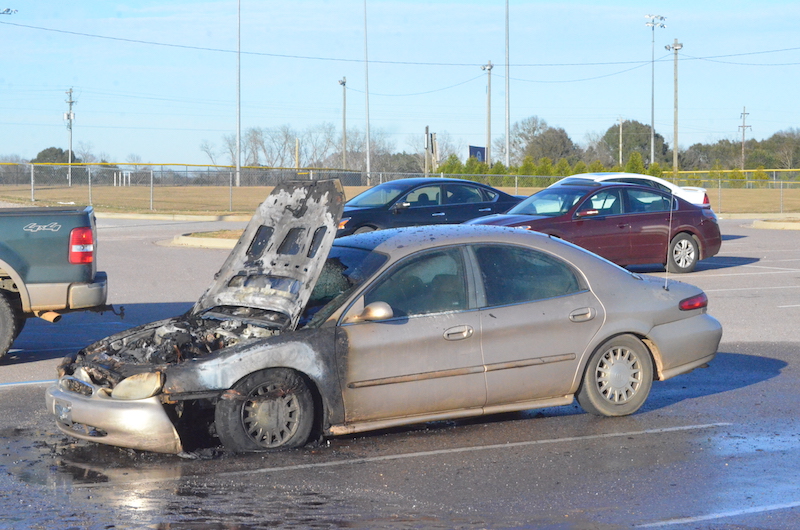 A charred car sits outside the Goshen High School gymnasium Tuesday after spontaneously catching fire. Nobody was injured in the incident.

A student had just exited his vehicle Tuesday at the Goshen High School gymnasium when the front end burst into flames.

Goshen firefighters responded immediately to the call shortly after 3 p.m. and doused the car, enough to extinguish the fire but not to save the vehicle.

Principal Major Lane said he’s glad that no students were injured in the incident since the school is still on Christmas break.