ALIVE AND WELL: Arts flourish in Pike County in 2017 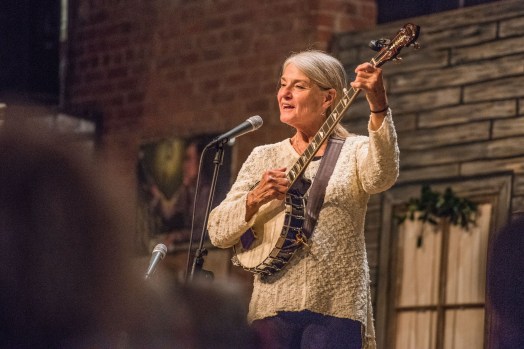 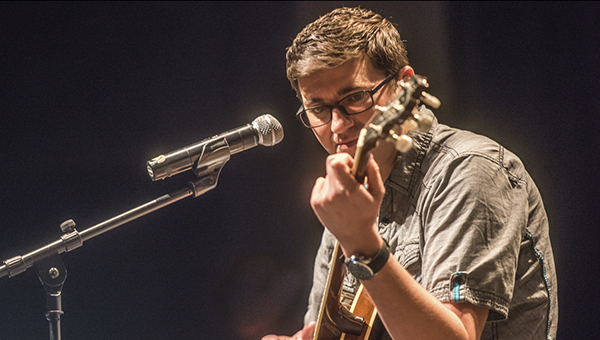 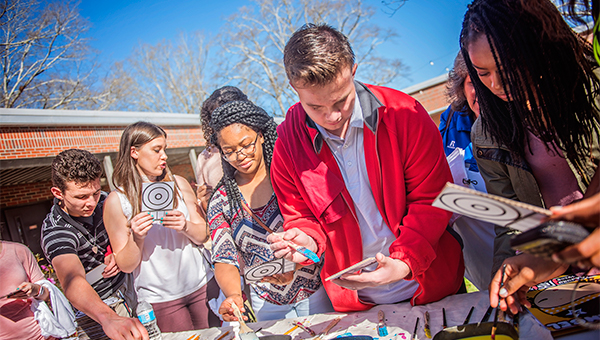 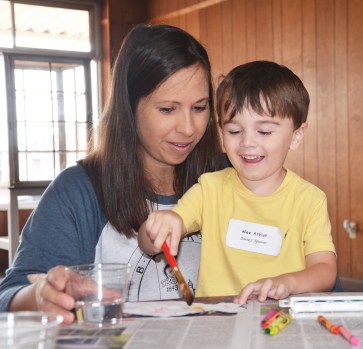 The Johnson Center for the Arts is the place where “Wee Artists” and their moms play together. The art center’s docents sponsored a “Wee Artist” activity on Tuesday that included singing, creative movement and art. Above, Fran Spann and Jones Spann took their artwork seriously. 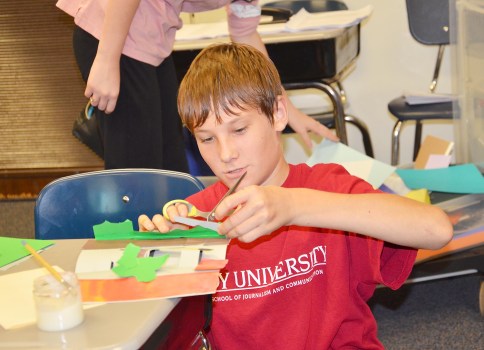 Richard Eagerton works to tell the story of the Civil War, which he has been learning about in class, through his pop-up art. 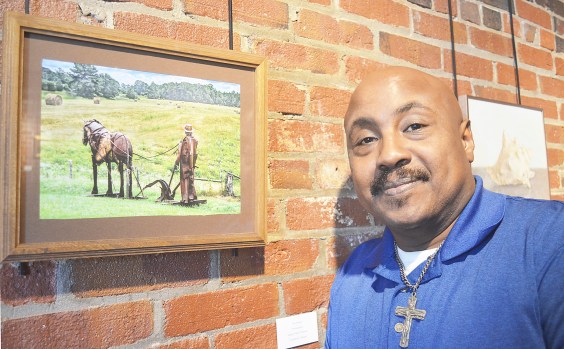 The artists’ awards for the Art of Being Southern juried art show will be presented at the artists’ reception from 6 until 8 tonight at the Johnson Center for the Arts. The community is invited to this celebration of the arts event. Admission is free. At top, Corey Whitaker, JCA maintenance and security supervisor, is pictured with Robert Peterson’s “The Farmer,” a photograph of a metal sculpture honoring the American farmer. 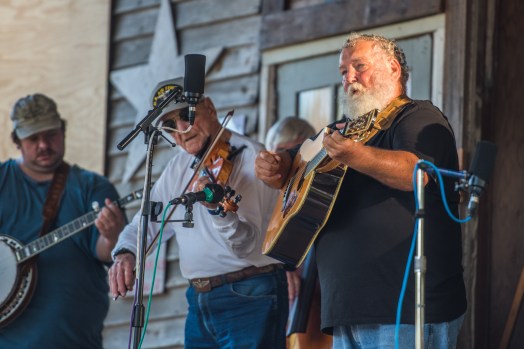 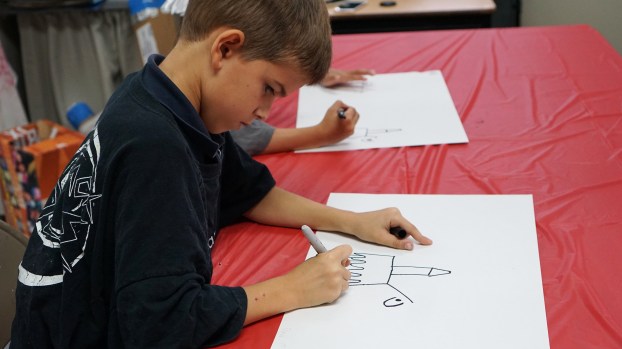 The arts are alive and well in Pike County. The year 2017 was a banner year for both the visual and performing arts.

The Johnson Center for the Arts in Troy featured exhibitions that received high acclaim from the local community as well as from neighboring cities.

Bill Hopper, Troy-Pike Cultural Arts Center board chair, said a highlight of the year 2017 was the success of the JCA’s first juried art show, which featured the artwork of artists from Alabama and four adjoining states.

“The quality of the artwork was outstanding and the response to the show was overwhelming,” Hopper said.

“Michael Sims’ exhibition ‘Construction’ was most unusual and extremely popular,” Hopper said. “Michael used natural materials that he found around his home in Lowndes County to put together 3D pieces that were intriguing. His exhibition also included amazing paintings and sculptures.”

Hope Brannon, Debora Riff, and Belinda Harrison were among other artists whose work received high acclaim from art patrons.

“The Colley Complex Potters’ show was very well received and the JCA was proud to showcase the outstanding work being done by local potters,” Hopper said. “We also had great participation in and response to our student art shows. Our ArtBridges Teachers Workshop was well attended. There continues to be interest in the JCA and The Studio for a variety of events. We want the JCA to be a place that will bring in all parts of the community in celebration of the arts of every kind.”

The Troy Arts Council entered the 2017 season with a no rules attitude, which allowed the arts organization to try different venues for the calendar season.

“We wanted to try venues that were more suited to particular performances,” said Joel Williams, TAC president. “Some performances are better suited to more intimate settings. The Claudia Crosby Theater is ideal for performances like the Shelia Jackson and Friends Christmas Show and the Songwriters Showcase but for other performances, we need a different venue.”

For its 2017 performance season, the TAC different chose several venues including St. Martin’s Catholic Church, The Emporium, The Studio and the Johnson Center for the Arts.

“The TAC is very appreciative of the corporate sponsorships that make it possible to continue to bring national and internationally acclaimed performers to Troy,” he said.

The Brundidge Historical Society promotes and preserves the physical and cultural of its community through the arts. The BHS’s signature event is its original folklife play, “Come Home, It’s Suppertime,” which is Alabama’s Official Folklife Play and the recipient of a Governor’s Tourism Award. The play ended its 16th year in November and performed for sold-out audiences in April and November with a cast and crew of 50.

Mernette Bray, BHS vice president, said the Pike Piddlers Storytelling Festival kicked off 2017 with the 11th annual Pike Piddlers Storytelling Festival at the We Piddle Around Theater in Brundidge and the Trojan Center Theater in Troy. Featured tellers were Donald Davis, Josh Goforth, Adam Booth and Michael Reno Harrell. More than 1,000 people attended the public concerts and more than 700 for city, county and private school students had opportunities to hear storyteller Josh Goforth in concert.

“Our June Buggin’ storytelling event with Barbara McBride Smith and our Chili Country Christmas event with Sheila Kay Adams packed the We Piddle Around Theater,” Bray said. “We offered a summer workshop free to children who are interested in theater. Troy University theater students conducted the workshop.”

“All in all, we had a very successful year and we thank the Pike County community for its continuing support of the folk arts and folkways.