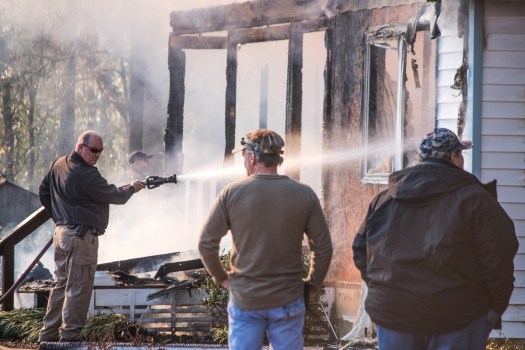 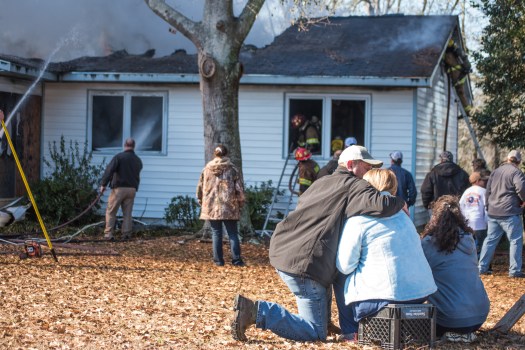 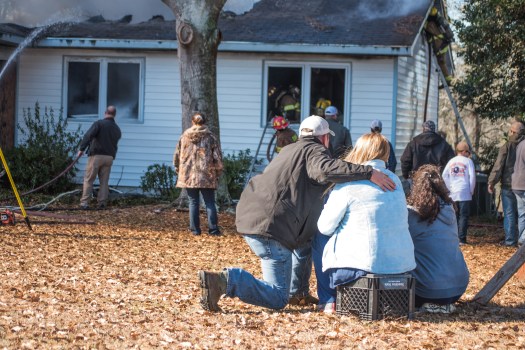 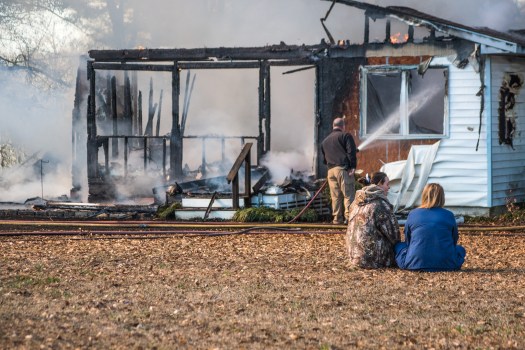 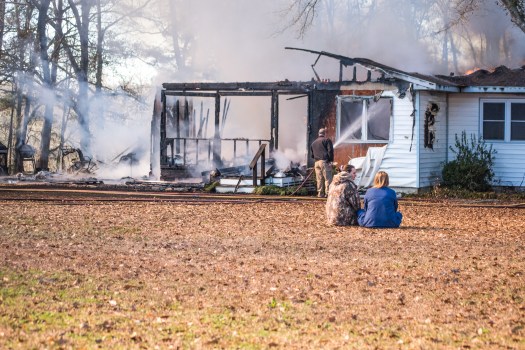 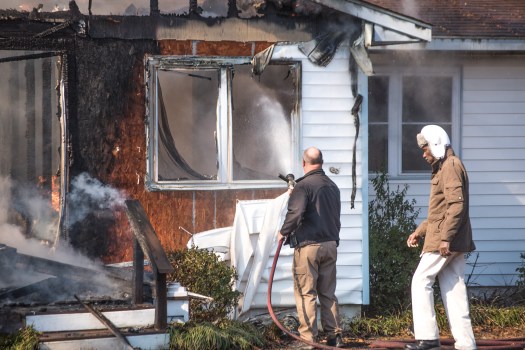 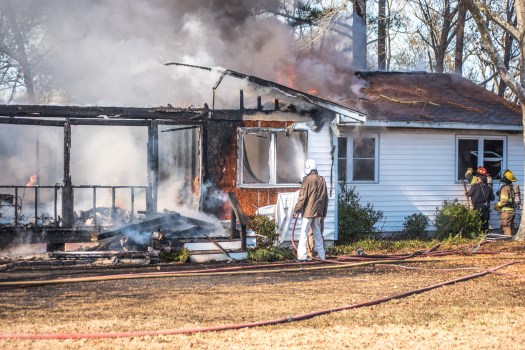 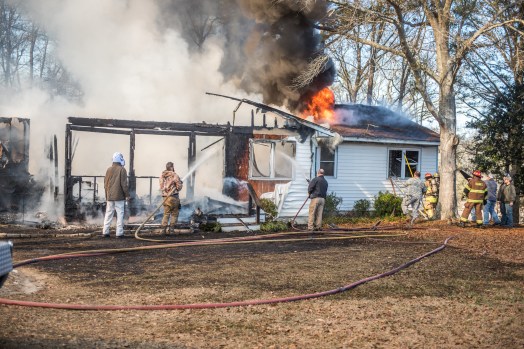 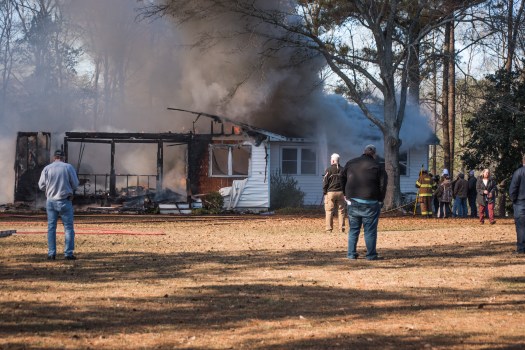 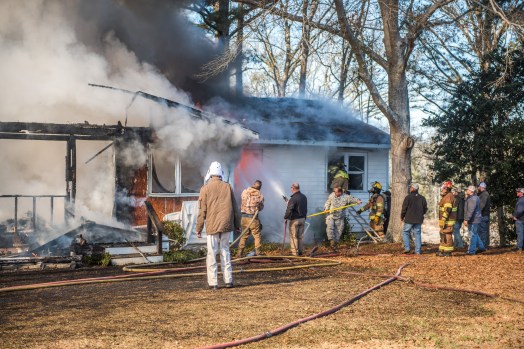 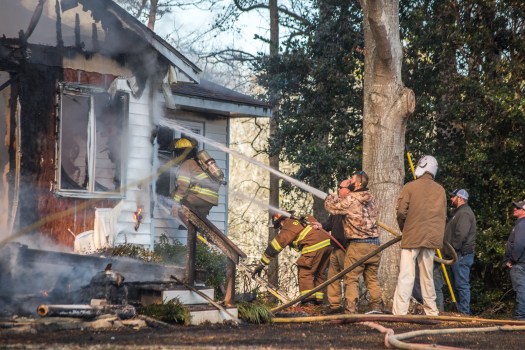 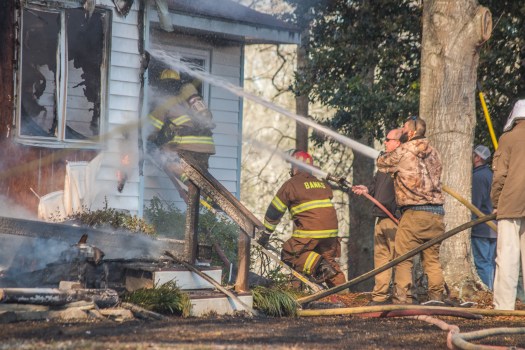 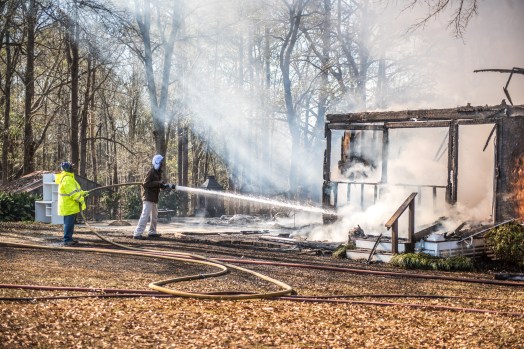 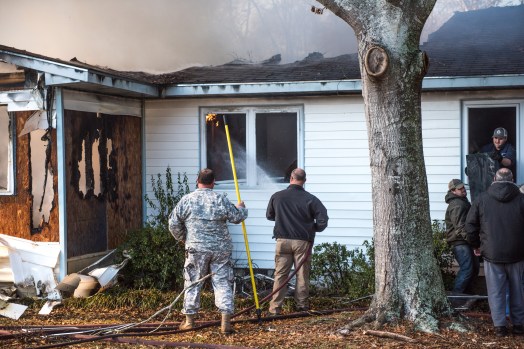 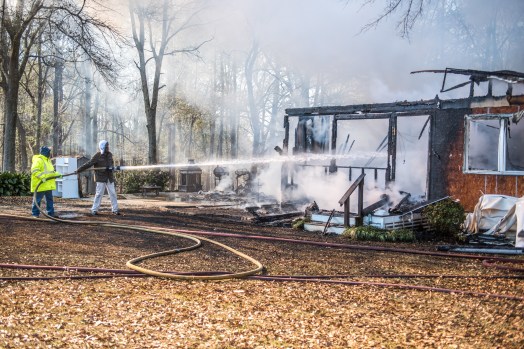 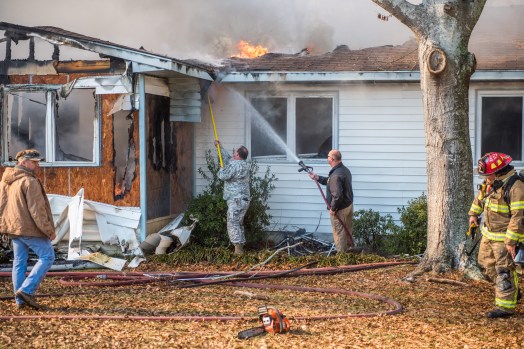 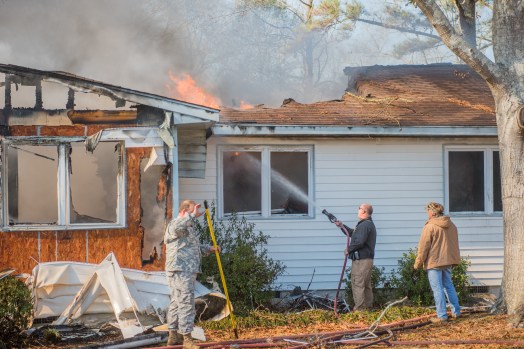 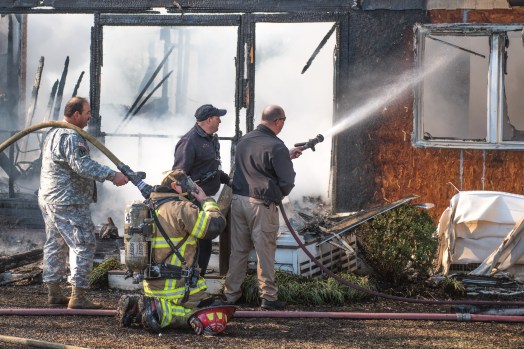 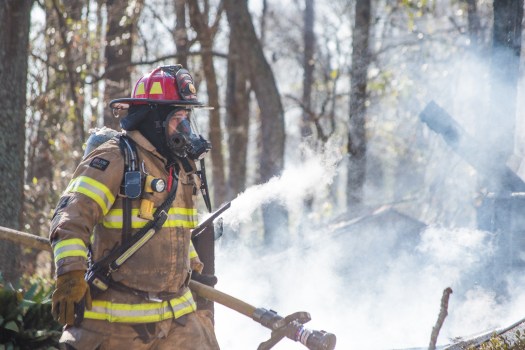 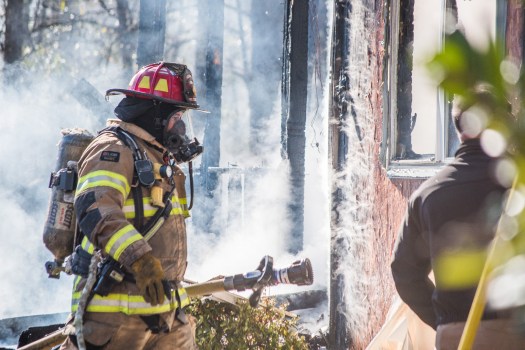 Banks, Brundidge and Troy firefighters responded just after noon on Tuesday to a structure near Banks completely engulfed by flames.

Firefighters worked to douse the flames and save some of the family’s property, managing to pass some hunting trophies and a gun case out the window of a room that responders could still access.

“From all indications, it was an accidental fire,” said Henry Middlebrooks, lieutenant with the Banks Fire Department. “We’re not exactly sure what started it, but it looks like it started in the garage and worked its way through the house.”

The fire was called in at approximately 12:03 p.m. Middlebrooks said nobody was in the home when the structure caught fire.

“The first person on the scene saw dogs leaving too, so there were no pets in the home either,” Middlebrooks said.

The fire rekindled later Tuesday evening after firefighters had left the scene and then again for a third time.

“What we saved this morning , it started back up in,” Middlebrooks said.

The cause of the fire is still under investigation.