Salvation Army has Christmas at the cookhouse 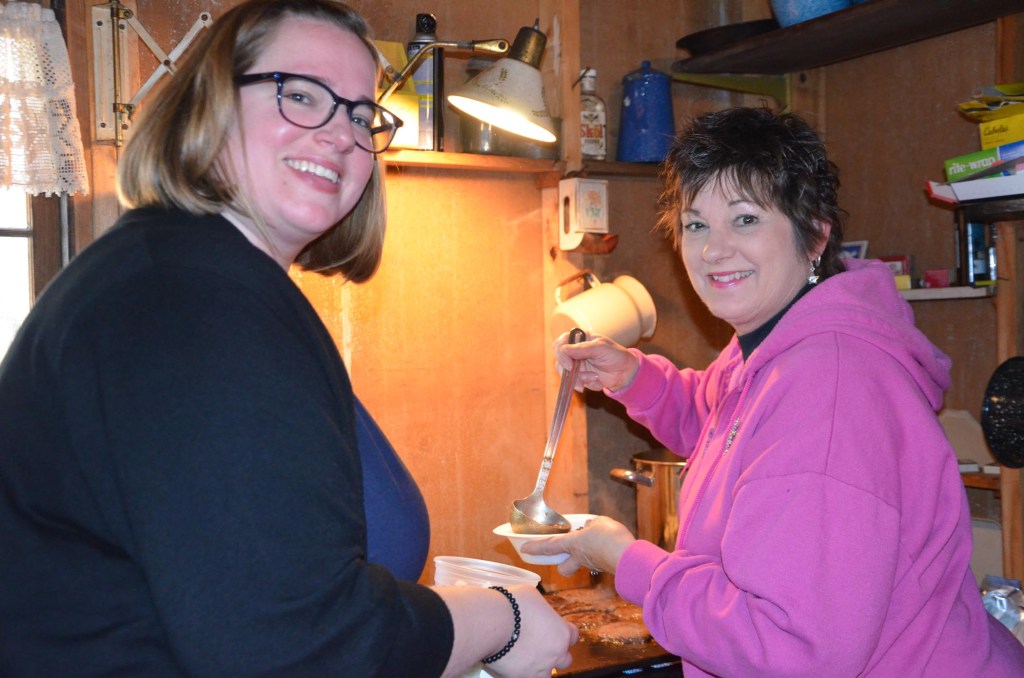 Members of the Pike County Salvation Army board of directors enjoyed an afternoon at Kay May’s Cookhouse basking in memories of the good ol’ days at Lester’s Flat.

The Pike County Salvation Army board gathered at Director Kim May’s cookhouse for its December meeting and an update on the local Salvation Army’s 2017 Red Kettle Campaign.

That was the plan but the meeting turned out, as meetings sometimes do when people with a common purpose and interest get together.

Sitting together around a table and basking in the warmth of a wood burning stove, the chatter centered around, the good ol’ days and a place called Lester’s Flat.

May’s dad, the late Lester Sanders, owned and operated Lester’s Flat, which was a bar and a gathering place for good ol’ boys. May laughingly said she grew up popping beer caps for customers at her dad’s establishment.

“Times were so different back then,” she said. “I guess it was just a time of …”

“Of innocence,” Doc Kirby said, completing the thought for May.

Lester Sanders served his country in the South Pacific during World War II.

“Daddy was a character,” May said. “He loved to joke around. He loved bluegrass music and he loved to buck dance.”

“Daddy had one of those big round cutters for hoop cheese and I could cut off exactly how much anybody wanted,” May said. “We had tube ‘balonie’ and that and cheese was about as much as anybody wanted. I wasn’t much more than 10 years old but I worked at the bar, too. I don’t guess anybody thought anything about it. It was my daddy’s store and I was helping out.”

Lester’s Flat was the place for bluegrass musicians to be. Local musicians like Lenny Trawick, Kenny Campbell and Reynolds Rushing played there.

And, not just the local bluegrass musicians.

Bluegrass bands came from all around to play at the local neighborhood bar.

Bands like the American Bluegrass Express, The Lonesome Pine Fiddlers, the T-Tops, The Palmetto Bluegrass, The Campbell Trio and Doyle Lawson and Three on a String. Everybody except Lester Sanders. He just listened.

All the Salvation Army board members agreed those were “the days” and appreciated the opportunity to go back to the simple pleasures of Lester’s Flat for just a one afternoon.