Brooks steps up to ‘ring the bell’ 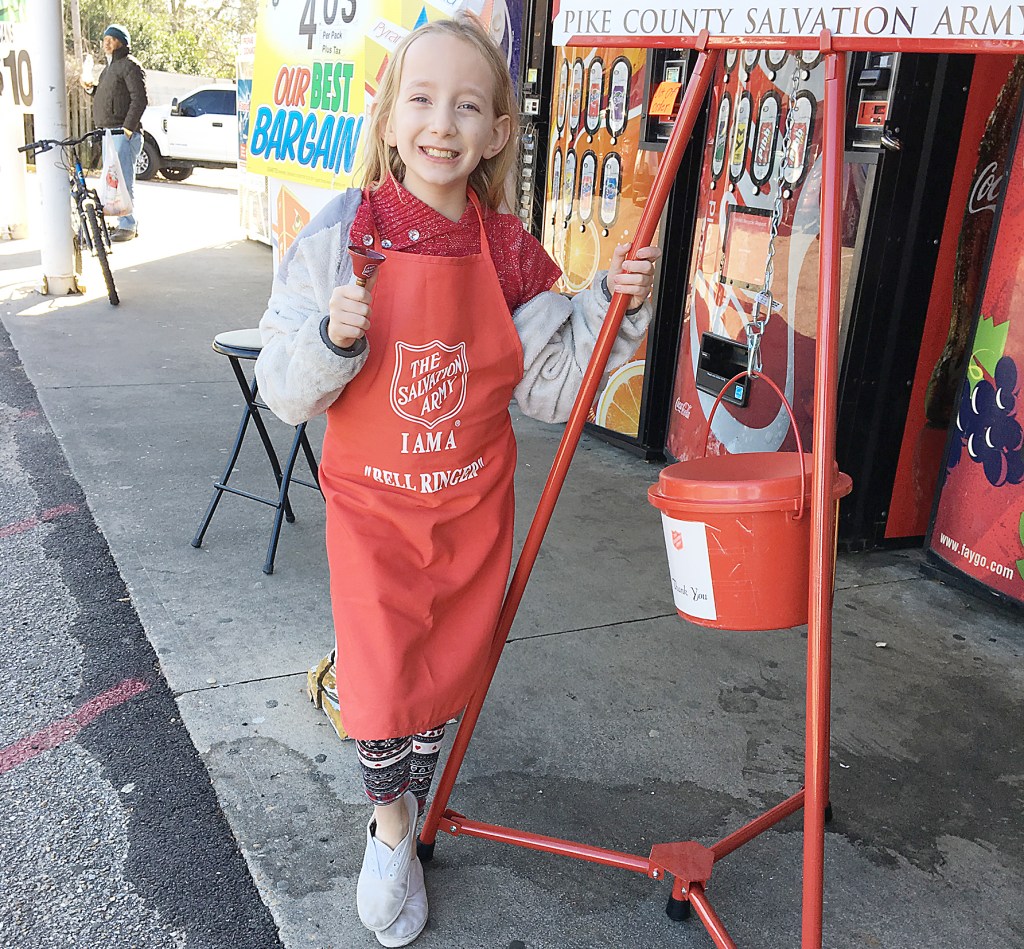 Some stories need to be shared.

This is one of them.

The Brundidge Rotary Club has been ringing the bell for the Salvation Army during the “kettle season” for more years than any of the Rotarians remember.

“The people in Brundidge have always been very giving, so not many people go by the kettle without giving and lot of them go out of their way to give,” Davenport said. “But this one little girl really showed the spirit of Christmas.”
Davenport said a little girl and her mom went in the store but the little girl quickly returned and dropped some change in the red kettle.

“Then her mom came out and put several dollars in the bucket and went back in,” Davenport said. “A few seconds later the mom came back out and asked me how they could sign up. She said her daughter wanted to ring the bell.”

Davenport’s 11 a.m. shift had just begun so he said the little girl could sign up “right now.”

“Anybody that wants to ring the bell for such a worthy cause as the Salvation Army should get that chance,” Davenport said. “The Red Kettle Campaign is what Christmas is all about – doing something for others.”

Davenport gave his shift over to the little girl and said she stayed beyond his shift.

The mom and daughter were identified as Rebecca Brooks and Rylee.

“They didn’t want any recognition but it did me good to see a little girl out there ringing the bell for the Salvation Army and for no reason except to do something for others at Christmas,” Davenport said, adding that Christmas is about a little child and there’s nothing more precious than a child.