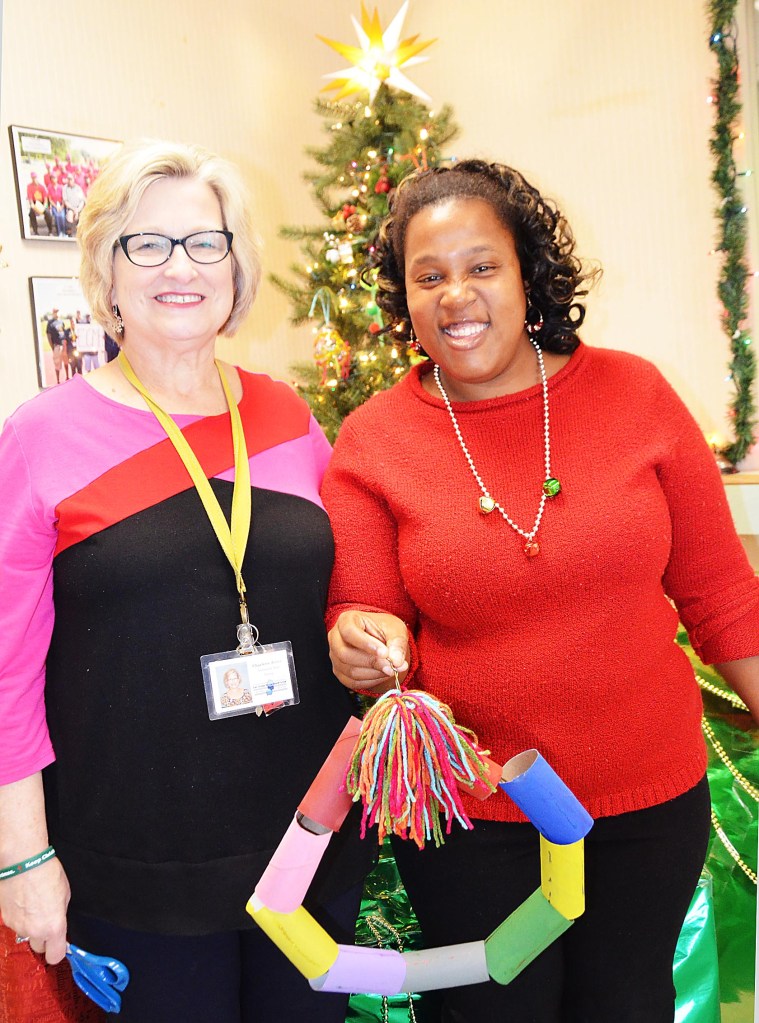 For 17 years at Christmastime, First National Bank of Brundidge has been playing Santa Claus for the consumers at the Pike Activity Center in Brundidge.

Jimmy Ramage, bank board chairman, said the idea to host a Christmas party for the consumers originated with the bank employees.

“The employees had been exchanging gifts but they decided to instead play Santa Claus for the consumers at the Pike Activity Center,” Ramage said. “It is something the we all look forward to each Christmas and Danny Zapata, the center director, said the consumers really enjoy the party and begin asking ‘when are the bank people coming,’ back in the summer.”

Zapata said the Christmas party is a highly anticipated and much appreciation each year.

“The employees at First National Bank are very generous in their giving,” he said. “The consumers make a wish list and the employees choose something from that list.

“They are all excited about the party and Victoria Harrison, skit writer, has worked since Thanksgiving preparing a program for the consumers to present,” Zapata said.

First National Bank employees were at Pike Activity Center Friday with gifts to give and were excited and anxious to see the program that had been planned.

“The program is a skit and song, ‘You Save Me,’ and we have worked hard to get it ready,” Harrison said. “The song says before you go to heaven, ask Jesus to come into your heart and He will and He will save you.”

Ramage said it was evident that the consumers had put a huge mount of time and effort into the program.

“The consumers seemed to have a lot more confidence and there was more depth to the script,” he said. “More people were involved and it was a good program. We thank all of those who performed the skit. They did an excellent job.”

Harrison thanked those who performed the skit and thanked the employees of First National Bank for the party and the gifts.

“All of the staff is very good to us and the bank people, too,” Harrison said in thanking them for the Christmas party.

Zapata said many of the 27 consumers have attended the Pike Activity Center for nearly 15 years.

“It is our goal for them to become independent,” he said. “We teach them independent living skills so they can ultimately move into an apartment or get a job. They learn to manage money, to pay their bills, to wash clothes and cook meals because there could come a time when there won’t be an adult to help them.

‘We want them to be able to have an apartment and live independently. That is our goal for our consumers and they work hard to achieve that goal.”