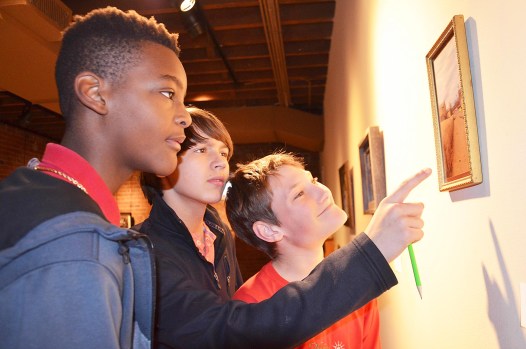 When the sixth-grade students from Banks Middle School visited the Johnson Center for the Arts, they were asked to choose the artwork that best exemplifies what it mean to be “Southern.” From left, Jahaveon Wilson, Jaydon Davis and Richard Eagerton chose the painting of a skateboarder. 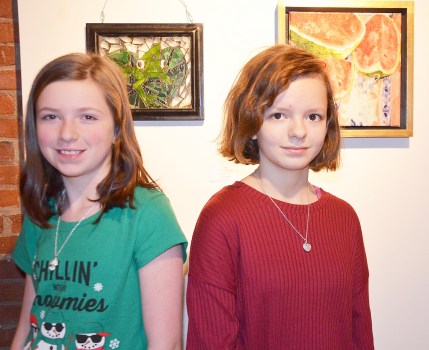 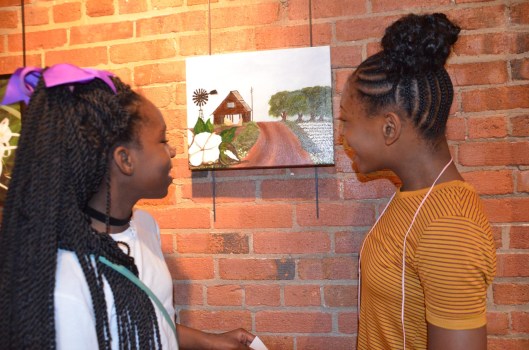 A busy hush fell over the Johnson Center for the Arts as sixth grade students from Banks Middle School began to scatter about the lower gallery.

The earlier chatter gave way to quietness as the students went about the assignment handed to them.

Each student was each asked to choose the one painting he or she thought best exemplifies the current exhibit, “The Art of Being Southern.”

Kennington challenged the students to “get into the artist’s mind” as they viewed the exhibition.

The students took time in making individual decisions as to what it means to be Southern and which artwork best exemplifies what being Southern means.

At first, the sixth-graders didn’t understand Johnson’s “self –portrait.”

Looking at the painting, the boys realized that art has few boundaries. A portrait doesn’t have to be a photograph image of a smiling skater holding his skateboard.

Johnson’s self-portrait was of a skateboarder doing “a flipkick or something,” and it created an image of the young man in the mind of the sixth-grade boys and conversation among them.

Across the gallery, Elizabeth Deese chose a painting of a watermelon as the image she found most Southern while Carley Ingram picked a stained glass piece, primarily because she likes stained glass.

The lower art gallery was filled with students and each had a different idea of what it means to be Southern,

“Art is important,” said Phyllis Jackson, teacher. “Some students think they don’t like art. But, they just don’t realize that art is all around them. It’s everywhere. Art is illustrations; it’s photographs in history books; it’s movies and even video games. Art is a huge part of life. It connects us as a community and as people. The Johnson Center is a wonderful place to come and experience art.”

The Banks students came also to view the art center’s Christmas trees that are decorated with handmade ornaments by students at local schools, the pottery that was made by local citizens and, of course, the Art of Being Southern, art exhibition.

Somewhere in the gallery, an excited young voice said over all the others, “I’m coming back here!”