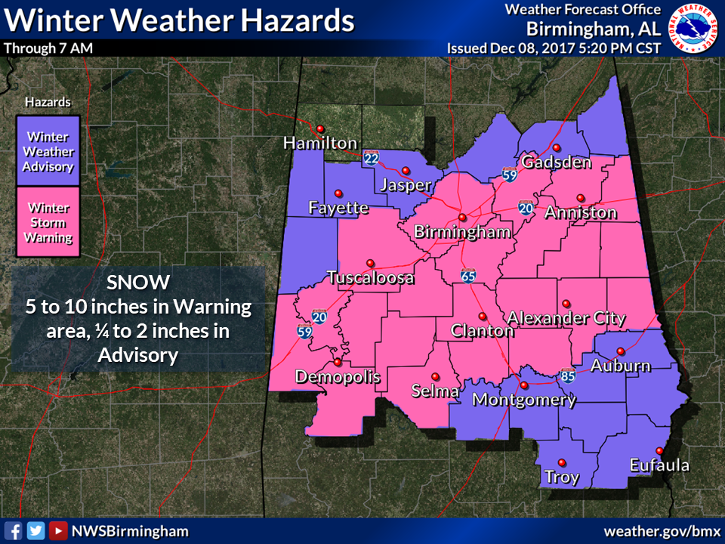 Snow is falling around Alabama and latest weather forecasts project Pike County residents may see some snowfall themselves if they are still awake in the early morning hours Saturday.

Latest forecasts by the national weather service have placed Pike County under a winter weather advisory until 7 a.m. Saturday with a rain snow mix beginning around midnight until 3 a.m. and a chance of snow after 3 a.m.

Reeves said the temperatures will continue to drop throughout the night, creating a better chance for accumulation and for roads to get icy.

Roads haven’t been closed at this point, but Reeves said officials will be monitoring the situation throughout the night.

“People should absolutely stay off the roads tonight if they can, especially if they are travelling north of troy to the Montgomery or Birmingham areas,” Reeves said.

Reeves said residents should already be using caution with the amount of water on the roads.

Temperatures are expected to heat back up Saturday morning and thaw out any icy spots in the roads that may make them impassable.