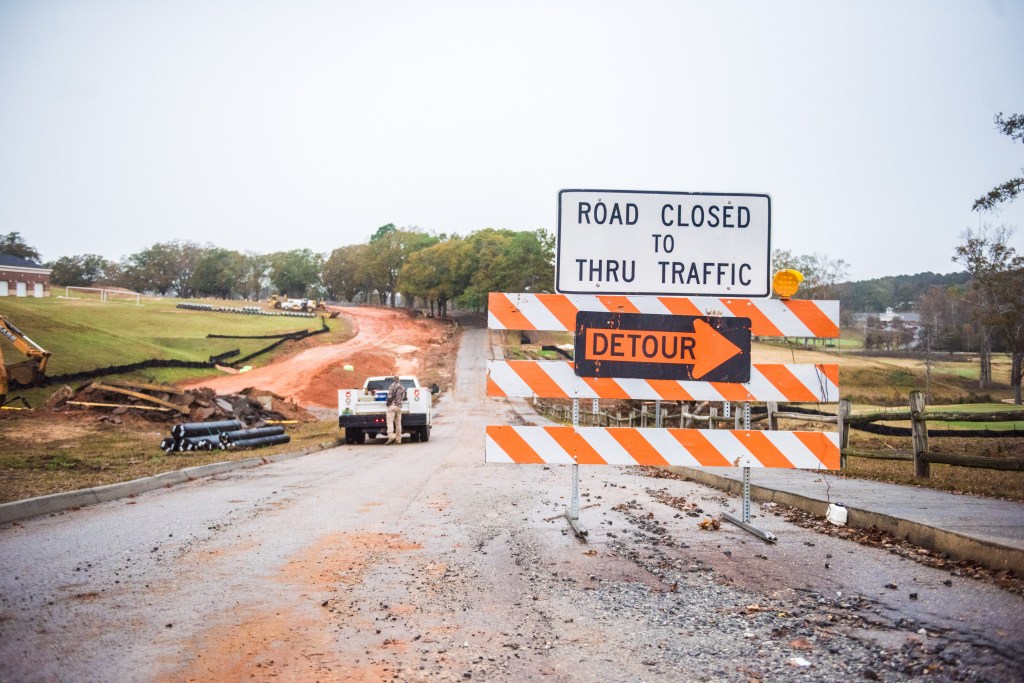 As construction crews continue work on McKinley Drive, the City of Troy is planning to close one side of the street while opening the other side, which has been closed for the last month.

“The whole road is closed off to through traffic during this project, but we’re keeping access to Trojan Arena open for basketball games and events going on” Sanders said.

The road closed on November 8 to allow the city to reroute the road and widen it to three lanes and make improvements to its intersection with George Wallace Drive. The project is estimated to cost about $2.8 million of which Troy University and the Alabama Department of Transportation are providing the majority.

Officials project the road to remain closed until the end of April 2018 pending weather conditions.

Weather could also delay the closure of the George Wallace side of the road with rain or snow expected this morning.

Trojan Arena traffic will be able to access the Trojan Arena Entrance from the roundabout or Luther Drive end of McKinley Drive.

Motorists that disregard the Road Closed and Do Not Enter signs are subject to a fine.

Motorists are asked to use the marked detour route or alternate routes to avoid this area for the remaining duration of this project.  During school traffic hours (7:15 am – 8:15 am and 2:15 pm – 3:15 pm) all non-school traffic is encouraged to stay clear from school areas as this closure will increase traffic in these areas, and take alternate routes for transportation.

Officials urge drivers to drive slowly and carefully around the project for the safety of workers and pedestrians in the area.