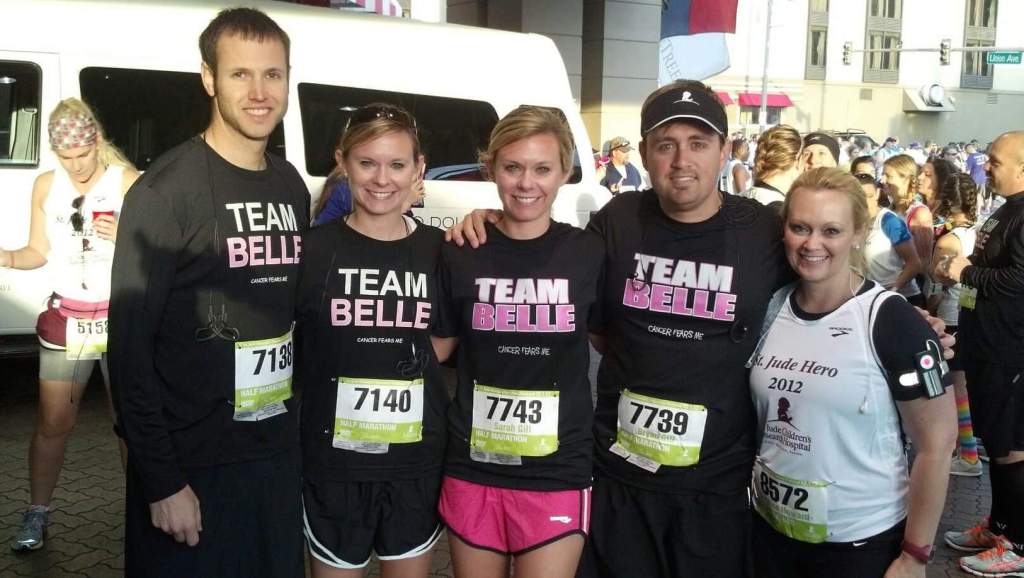 For the first time in seven years, Candice Howard-Shaughnessy was not in Memphis on the first weekend in December.

Usually, she would be running in the St. Jude Memphis Marathon but a stress fracture had her sidelined in Troy.

Marathon weekend is the biggest event of the year in historic Memphis, home of the blues and birthplace of rock ’n roll.

“The Marathon features one-mile walks, 5- and 10-K runs, a Half-Marathon and the St. Jude Memphis Marathon,” Howard Shaughnessy said.  “Every race course passes through the campus of St. Jude which is one of the world’s premier pediatric cancer research centers.”

Although fundraising is not required, all participants get the tools and guidance they need to fundraise as a St. Jude Hero when they sign up. About 85 percent do become St. Jude Heroes.

Howard-Shaughnessy has been a St. Jude Hero for seven years and, although she is not running this year, she is involved in the fundraising efforts for “such an important cause.”

“I got involved when a friend’s niece, Belle, was diagnosed with a brain tumor,” Howard-Shaughnessy said. “Belle was two years old and I ran to raise money for her and for all the other children that suffer with cancer. I run as a member as Team Belle and as a St. Jude Hero. I run on the bronze level, which is a commitment to raise at least $500 for St. Jude Children’s Research Hospital.”

That first year, Howard-Shaughnessy ran in honor of Belle.

“Now, I run in the St. Jude Memphis Marathon in memory of Belle, who died at age 7.”

Howard-Shaughnessy is a member of Team Belle, which is made up of Belle’s family members including her parents, her aunt, her two sisters and brother and other family members and friends. Not all members run the marathon. Some run the half-marathon while others run other events but they all run in memory of Belle.

Howard-Shaughnessy said strides are being made every day in treatments and cures for childhood cancers.

Like other St. Jude Heroes, Howard-Shaughnessy said the race will not be over until childhood cancer has been totally defeated.

A group of local ladies are now supporting Team Belle and will host an annual fundraiser the Thursday before Thanksgiving.

“These ladies are committed to defeating childhood cancers and the more money that is raised, the greater chance there is,” Howard-Shaughnessy said.

St. Jude’s provides care for young cancer patients at a cost of $2.4 million a day and it is also a research hospital. The dimes and dollars that are donated to St. Jude Children’ Research Hospital are making a difference in the lives of children.

Those who would like to make a donation through the local Team Belle to St. Jude Children’s Research Hospital at this time of giving are encouraged to call Amanda Ford at 334-372-5023.