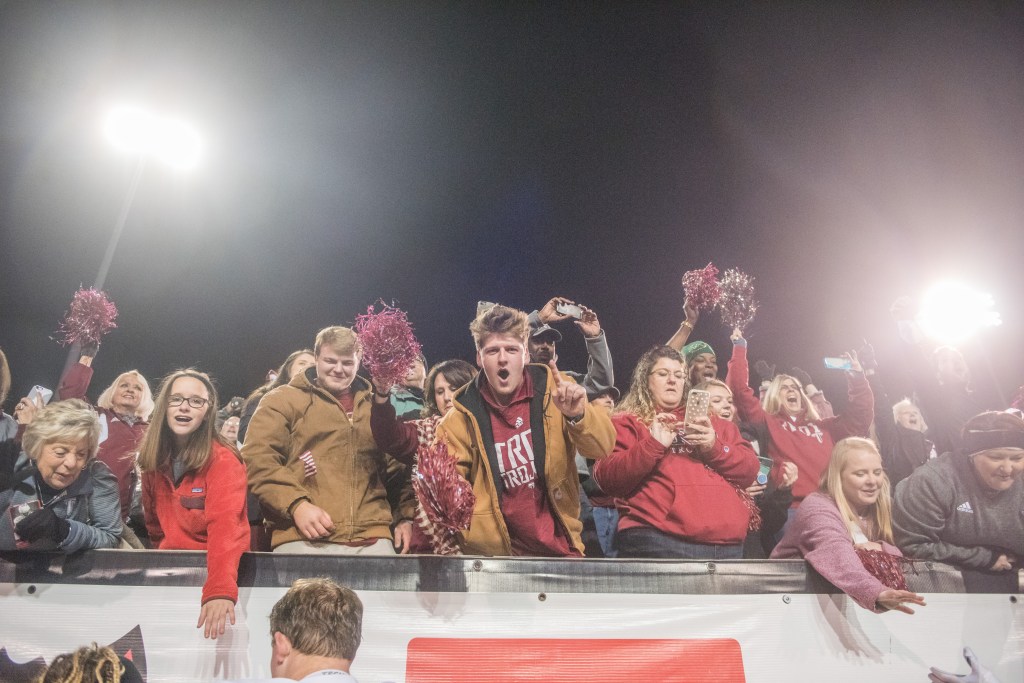 Long before Saturday night’s 32-25 win over Arkansas State for the Sun Belt Conference championship, 11 months before receiving Sunday’s invitation to play in the New Orleans R&L Carriers Bowl, Troy University head football coach Neal Brown points back to a day that set the tone for what could go down as the best season ever in Troy’s Division I football history.

“We started our journey as a football team on Martin Luther King Day in January,” said Brown. “We started with the theme that we wanted to be uncommon. We started in two places with individuals that to me, were uncommon. We took a road trip and went to the Rosa Parks Museum, and we went to the Edmund Pettus Bridge on Martin Luther King Day in January. We started that journey and worked all through the next 11 months with a theme of being uncommon, setting ourselves apart.

“We got to this point to where we are, 10-2, which is the best regular season in our Division I history. We have an opportunity to get to 11-2, with a Sun Belt Conference Championship, a huge win over LSU, and a New Orleans Bowl championship. Really this group can stake claim to being the best football team in the Division I era here. I think it has been special.”

The Trojans won their first Sun Belt Conference trophy since 2010 with Saturday’s come-from-behind win at Arkansas State, and Sunday afternoon accepted an invitation to meet North Texas in the R&L Carriers Bowl in New Orleans on Saturday, Dec. 16, for a noon kickoff.

Troy University Athletic Director Jeremy McLain and Coach Brown are urging everyone to make every effort to attend this bowl game, to purchase their tickets early, but also consider purchasing a “Community Hero Ticket.”

“The Community Hero’s ticket is a $20 ticket, and an opportunity for people, when they buy their ticket, to buy a couple of extras, for us to be able to get those tickets in the hands of people that we want to honor and appreciate in our community and in the New Orleans community,” said McClain. “We really want to hit a lot of groups, but we are really focused on teachers and military, first responders, and the underprivileged opportunities within our community and the New Orleans community, such as the Boys and Girls Clubs.”

The R&L Carrier’s Bowl is also the first bowl game of the 2017 slate of contests.

“I am really proud of our staff and players,” said Brown. “Our team is looking forward to representing the Sun Belt Conference at the R&L Carriers New Orleans Bowl. I had two great experiences there as an assistant coach, the bowl does a great job, it is a great destination city, our fans are excited, and we need to have a really good showing down there. I know it’s earlier before Christmas, and I think the Troy faithful will show up and show out at the Super Dome.

“We are playing against a very good North Texas team, who are Conference USA Western Division Champions, and the only team they lost to in the conference was FAU who arguably has one of the top offenses in the country. They are an old Sun Belt rival. When you talk about the history of the Sun Belt, you had North Texas, when the conference very first started, and they were the powerhouse. They won several conference championships in a row.”

McClain is proud of the success of Brown and his football squad, but also the number of achievements Troy University athletics has enjoyed this calendar year.

“It makes me proud for our student athletes, for our coaches, and for the people that support our programs,” said McClain. “Winning championships is really, really difficult. Obviously everyone else in our conference, that is their same goal also. To be able to see that come to fruition, knowing how difficult it is, is always fun. I was in this room three years ago, in my introductory press conference, and I said, I think our brightest days are ahead of us as an institution and as an athletic program, and I still believe that, and you are starting to see that. We are starting to bring things together that we can lay a foundation for some sustained success over the course of time. So in this calendar year we have seen some of that shape up, but by no stretch are we finished.”

The past two weeks have been a never-ending carousel of coaching firings, hirings, and rumors. Neal Brown’s name has been listed on numerous internet coaching candidate lists, but for now, Brown says Troy is home to he and his family.

“To be honest we have been so locked in – this is a crazy profession right now,” said Brown. “All I can tell you is I love Troy. I never talk in permanents, but I love Troy, my wife (Brooke) is really happy here and that is the main one that matters, and we can win here consistently for a long time. Brooke had a state gymnastics meet (with their daughter Adalyn) this morning. They were 7:30 a.m. on the floor getting prepared, and she was exactly where she should have been, right there in Foley, Alabama. Adalyn did very well, she posted her best scores of the year, so the whole Brown household is full of winners today.”

Brown said he and his wife will purchase and give out tickets to the first 100 students that attend Tuesday’s Troy University basketball game against UAB, and the Athletic Department will give out 200 more to students.