ON THE MAP: Playoff game expected to bring huge crowd to Goshen 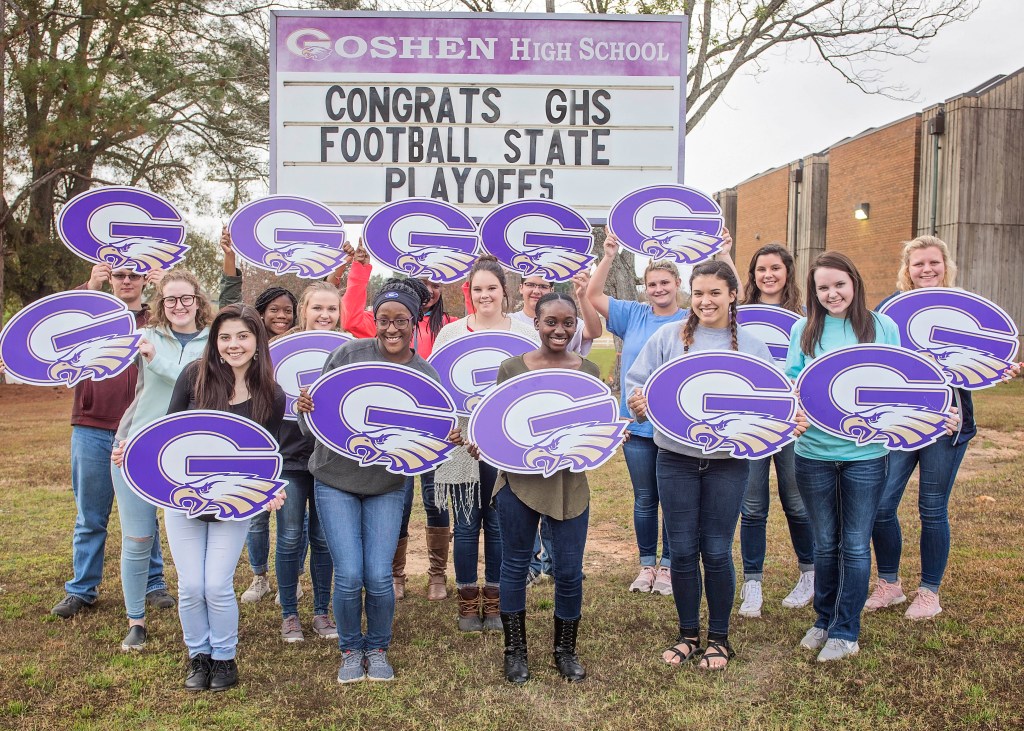 Goshen is typically a quiet small town. The population is just around 250, although many farmers aren’t counted in that number. The speed limit through most of town is less than 30 mph and a few road signs remind drivers to be “slow and quiet.”

The little town of Goshen will be anything but quiet Friday night, and nobody will be complaining.

“We’re looking at having at least ten times the amount of people in town than we normally do,” said Mayor Darren Jordan. “We’re trying to prepare to accommodate all these people.”

The school has 5,000 tickets prepared for the game, expecting supporters from not just Pike County but other surrounding counties to come out Friday night. Alumni have notified the school that they plan to come for the game and Leroy fans are expected to travel well, bringing 500 to 700 fans along for the big matchup.

“We’re expecting a capacity crowd of around 3,000 to 5,000 people,” said Major Lane, GHS principal. “The community has been a great supporter of the school throughout the course of this season and really through the years. I’m proud of our community and certainly proud of our team and supporters going beyond the call of duty.

The school has brought in extra bleachers in anticipation of the crowd and has handled other logistics to support so many people.

Jordan praised the support the community has given the Eagles as they make a historic playoff run.

“Goshen had a bigger crowd at the St. Luke’s game than St. Luke’s had at home,” Jordan said. “I think that says a lot about the support that this team has. One thing about Goshen is we instill a family atmosphere. And it’s great to have the Pike County community as well. It’s one reason I love being from this area. So many times, Goshen gets behind something and it pours over into the Troy community and Troy and Brundidge and even Luverne help.”

Everywhere you go in Goshen, the big game is all anyone has been talking about all week Jordan said.

Jordan said the focus of the team, especially of the seniors, has really fed into the excitement of the community.

“I watched (the seniors) play together 10 years ago with their rec league,” Jordan said. “Even at that early age, they were a different group of children; they were very driven at that age and I knew from watching my son play with them, I most definitely saw the possibilities even then. The challenge was keeping them all together.

“This team has a very can-do attitude. On the way to St. Luke’s, the team stopped for a 30-minute break at a gas station and the team was out in the parking lot running through plays. That shows you their level of intensity.”