The good times: Locals reminisce about the history of Goshen football 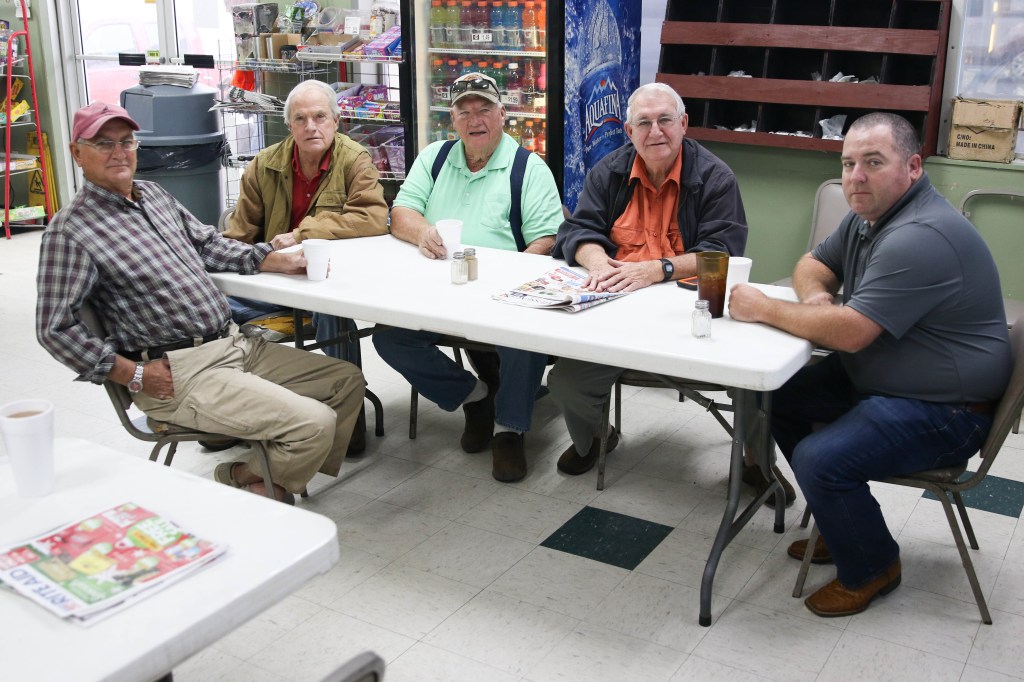 Before the sunlight has broke through the pine trees that line main street in Goshen, just before the yellow Saf-T-Liner school busses have dropped off students at the elementary and high schools, the regulars pull up a chair at The Eagles Nest for coffee and another plate of Ms. Linda’s grits, scrambled eggs and bacon, to talk farming, politics, and especially here of late, Goshen football.

From the time in 1953 when Goshen High principal Harold Collins was stopped by Oscar Pugh Snyder at the one-way bridge just outside of town, when the two men got out of their cars and talked about fielding the first football team, the community of 250 have been there to support the school, the athletic program, and its children.

This Friday night the Eagles will host Leroy High in the semi-final round of the AHSAA Class 2A playoffs, with the winner advancing to the state championship game to be held in Tuscaloosa.

On this particular morning, Larry Snyder, Royce Stroud, Keith Snyder, Jimmy Norman and Mayor Darren Jordan have just begun to catch up on today’s current events, and count down the hours until a historic crowd fills Eagle Stadium.

“It has really put us on the map,” said Stroud. “A lot of people that normally don’t know where Goshen is, or even know we have a football team, are well aware of it now.”

Stroud, Norman and the two Snyder gentlemen attended Goshen High and played all sports in the early 60’s, Mayor Jordan graduated in 1997, and to this day all are part of a core of community volunteers that provide the support needed for not only head football coach Bart Snyder, but for all sports.

Keith Snyder believes the community support is a way of life.

“Goshen has a good fan base for a small area,” said Snyder. “Last Friday night at St. Luke’s (in Mobile), Goshen had more fans than St. Luke’s, and even though it was a home game for them, our fans really turned out.”

Preparations have been made by administrators for not only more bleachers at Eagle Stadium, but more tickets from the AHSAA office in Montgomery.

“A lot of alumni are coming back to the ballgames each week,” said Larry Snyder. “The last playoff game at home, there was a lot of graduates that I have not seen at home in a long time.”

As legend has it, Highland Home was driving in the final seconds of a game around 1960, a few yards away from victory on the Goshen High football field. The Army Surplus fixtures that provided lighting were not much better than exhausted flashlight batteries.

“I was in the ninth grade and on the bench, and Highland Home was about to score on us at the North end of the field,” said Norman. “Keith was playing defensive end. We had dark purple jerseys, and he was kind of way out there, and it was so dark they overlooked him and ran right at him, to about the five-yard line. Keith came out of nowhere and stopped him at the one, and we won the game. I won’t ever forget that. They said, “Where did he come from,” and I said, “From over under that pecan tree.” I didn’t see him either. I always kid him about that shadow tackle that saved the game. We didn’t see it, and they didn’t either.”

Keith Snyder stresses that it has been many families over many years that have contributed.

“The Byron Wilkes family is an example of some that have worked so diligently with several of us in building that new football field that they are playing on now, and it’s hard to name all the names without leaving somebody out, but Byron was one of the big workers in the Goshen Quarterback Club for years,” said Snyder.

“I would also love to thank Dr. Mark Bazzell and the Pike County Board of Education for overseeing everything to get us that new gym. It means so much to the Goshen School and the community to have such a nice facility for the basketball team and the volleyball team.”

Jordan, who serves not only as the Mayor of Goshen but as a firefighter in Troy, believes the men of Goshen sitting around the table, and many like them, were instrumental in his upbringing and development.

“Goshen has always had a family atmosphere, with anything that is done through the schools,” said Mayor Jordan. “These guys right here, I can tell you from whenever I was 7 or 8 years old, I remember them handing out bubble gum at the Little League ballfield, and spending time with kids, and they are still there. The community and the athletics has always had good support. It’s definitely going to be a big night this Friday.

“I firmly believe, as the saying goes, it takes a village to raise a child. When you grow up as a kid, you see people giving back and giving back, time after time. Of course now, it has come full circle with me, always trying to give back. I believe that seed was planted 30 years ago.”