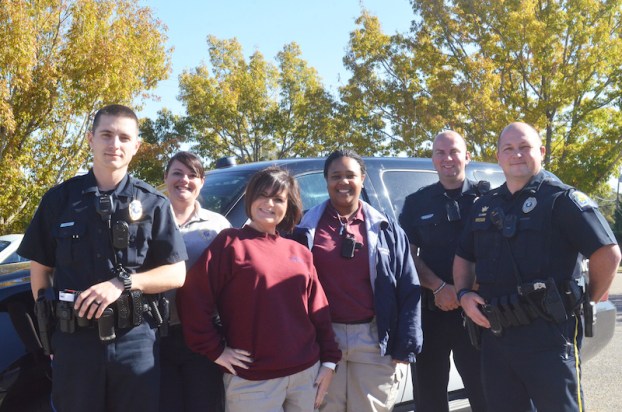 While most families in Pike County gathered around a table to celebrate Thanksgiving, there were still a few people that had to go into work – namely first responders.

Law enforcement officers, firefighters, dispatchers and jailers alike had to answer the call of duty Thursday and take time away from their families to serve the people of Pike County and keep them safe.

It’s just part of the job,” said Clay McDougald, Troy firefighter. “You get used to it, missing birthdays, holidays and anniversaries. I’ve missed the last two Christmases with my little girl.”

McDougald and the rest of the crew working at fire station two – Seth Nowell, Joseph Leveque, Brandon Carpenter and Mike Rhodes – were excited though that they would be getting Christmas Eve and Christmas Day off this year.

“This is the first time I’ve gotten both off,” Carpenter said.

The firefighters said the call to work isn’t too bad anyways; most of their families work around their shift to celebrate Thanksgiving with them when they get back home.

In the meantime, the crew cooked up two whole chickens and had enough leftovers brought in to make more than enough for a Thanksgiving feast for the four men.

Officers at the Troy Police Department didn’t have to work the whole day – the shift changed in the early afternoon – but that doesn’t mean they didn’t miss out on some quality time.

“They’ll probably go ahead and partake of the meal and when daddy comes home he’ll just get the leftovers,” said officer Matt Stephens.

Thanksgiving is a time to reflect on blessings, but Black Friday sales have been encroaching more and more on the... read more