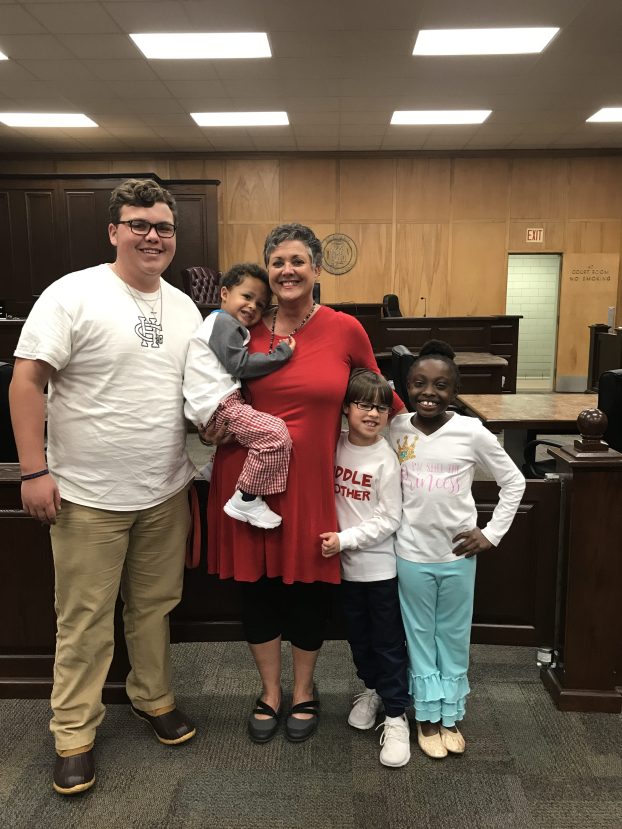 ADDING TO THE FAMILY: Sikes says it was ‘God’s plan’ for her to adopt

God’s plans for us are not always the plans we have for ourselves.

No one knows that better than Jennifer Sikes.

She was a young teacher who loved her “babies” but she also loved to go home and do her own thing.

“Terry, my cocker spaniel and me. That was enough,” Sikes said. “I had my babies at school. I worried about them when they left school and prayed they would come back safely. But, I didn’t want children of my own. But God’s plan was different from mine.”

Sikes learned she was pregnant on her mom’s birthday and she was elated.

“I knew a baby was God’s plan for me, for us,” she said. “Terry and I began to plan our future with a baby – to look forward to being parents, to being a family.”

One day in April 2001, Terry Sikes was coaching baseball at Charles Henderson High School. The next day he had a stroke. Terry Sikes died two months before his son, Trott, was born.

“I lost my mother in 1991, my dad in 2000 and Terry in 2001. Three traumatic deaths in a row,” Sikes said. “Taking care of Trott was the way I coped. The CHHS baseball family took me in and made Trott and me a part of their lives. I didn’t have a choice. I had to overcome the tragedy of losing Terry.”
Sikes dedicated her days to her son and to making sure that he knew who his daddy was and that he was sincerely and deeply loved.

But, as he grew older, Trott Sikes secretly and openly wanted a sibling.

Sikes close friends, Russell and Melanie Baker, were going to foster parenting classes and the idea appealed to her. Both she and her son had room in their home and in their hearts for a child.

Little Nila come into their lives as a two-week old in September 2001.

“I had the same feeling for Nila that any mother would have,” Sikes said. “She needed to be loved and I was the one.

Nila’s mother died when she was nine months old and Sikes keeps in contact with her mother’s family.

“Nila, who is eight now, is such a wonderful part of our lives and such a joy,” Sikes said. Having experienced the love and joy that a foster/adopted child can bring into the life of a family, Sikes was more than willing to take another child in need into her home.

“One of my students, who is so loved, was picked up as a foster child,” she said. “Loki has autism so, for me to be a foster parent required emergency foster licensing. Loki had an 18-month old brother and I was asked if I would foster both of them. I said, of course I would. Once again, I was fostering to adopt.”

In January 2016, Loki and Jacob came, as foster children, to live with Jennifer and Trott Sikes. They immediately became heart members of the family.

“They were members of our family from the beginning,” Sikes said. “On November 13, 2017, their adoption was final. We are now a family of five.”

Trott is 16 years old and plays baseball at CHHS, where his dad, Terry coached. Nila and Loki are eight years old and “like twins.” Jacob has grown from a toddler who could not walk or talk to a health three year old. Together they are the Jennifer Sikes family.

“You don’t have to be biologically kin to be a family,” Sikes said. “We are family and will always be. They are all my children and I love them dearly. They bring joy into my life. I have much to be thankful for but for them most of all.”

CHHS to host winter ball for people with special needs

This December, the Charles Henderson High School cafetorium will be transformed into a beautiful inter ballroom for people with special... read more