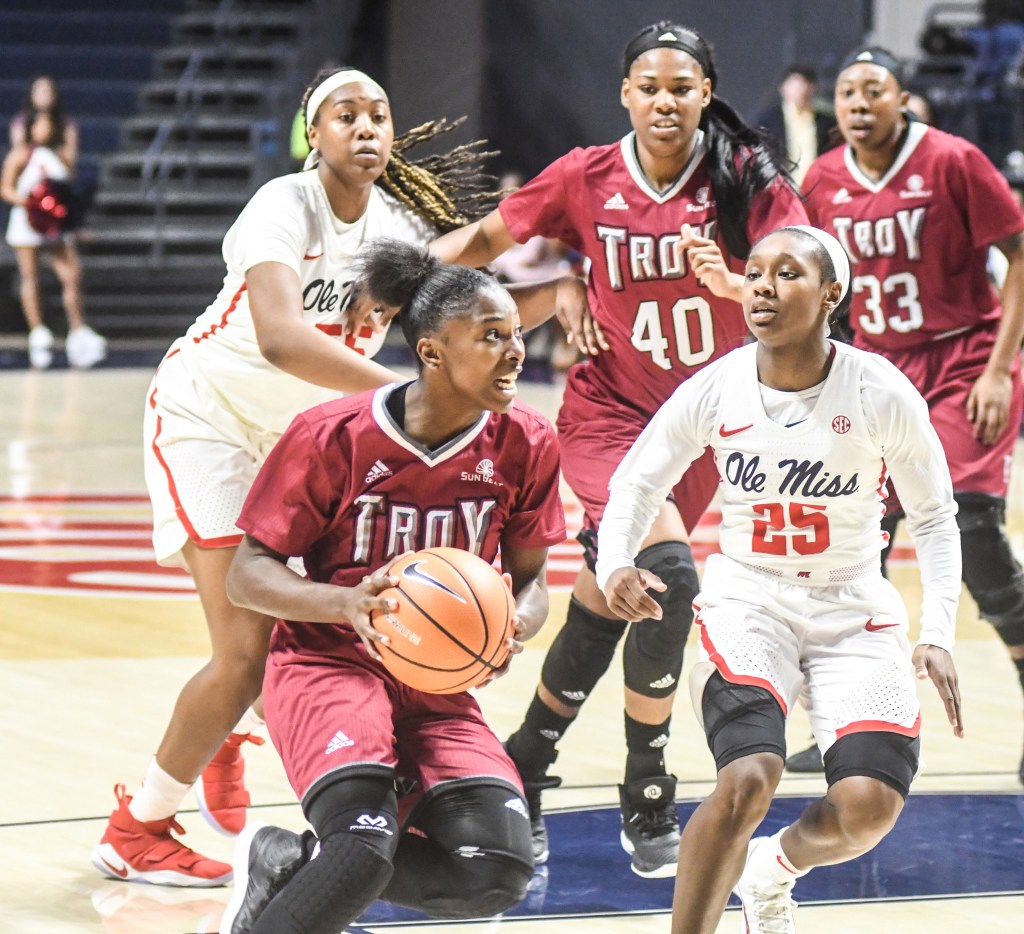 “We beat them in every category in the second half,” head coach Chanda Rigby said. “The first half we were a young team trying to come together, the second half we looked like the team we are going to be.”

Trailing by three with 17 seconds to play, the Trojans (2-1) got off a shot at the buzzer that rolled off to the Rebels sealing the game. Troy outrebounded Ole Miss 55-53 and held a team that entered the game 11th in the nation in 3-point field goals to just three on the day.

After the Rebels built the margin out to 15 points, Troy got to work on the back of a back-to-back jumpers from Kayla Robinson and Amber Rivers. Janiah Sandifer added a pair of free throws while Sky’Lynn Holmes made it a 95-93 game when she converted a layup and drew the foul.

The Trojans came out of halftime red hot opening on a 9-0 run and eventually trimming a 17-point deficit down to five in just over four minutes. Robinson scored 20 points in the second half including 14 in the final period to tie with Amanda Mendoza with a team-high 21 points. Mendoza went 6-for-15 from beyond the arc, while Robinson added six assists to her stat line.

Ole Miss (4-1) took advantage of Troy’s slow start building an 18-point advantage in the second quarter, while the Trojans were just 4-of-31 (12.9 percent) from the field in the frame. The Rebels were slowed offensively, also, converting none of their five three-point attempts in the first half.

Junior Sky’Lynn Holmes combined six free throws with a pair of field goals to earn her first career Division I double-double finishing with 10 points and a game-high 16 rebounds. Rivers had 14 points and was 3-for-3 from 3-point range turning in her fourth straight double-digit scoring performance.

Troy wraps up a three-game road swing with a trip to Nashville to take on Tennessee State on Nov. 27. The Trojans are 1-1 in the all-time series against TSU with Troy taking a 75-71 decision in the last meeting.