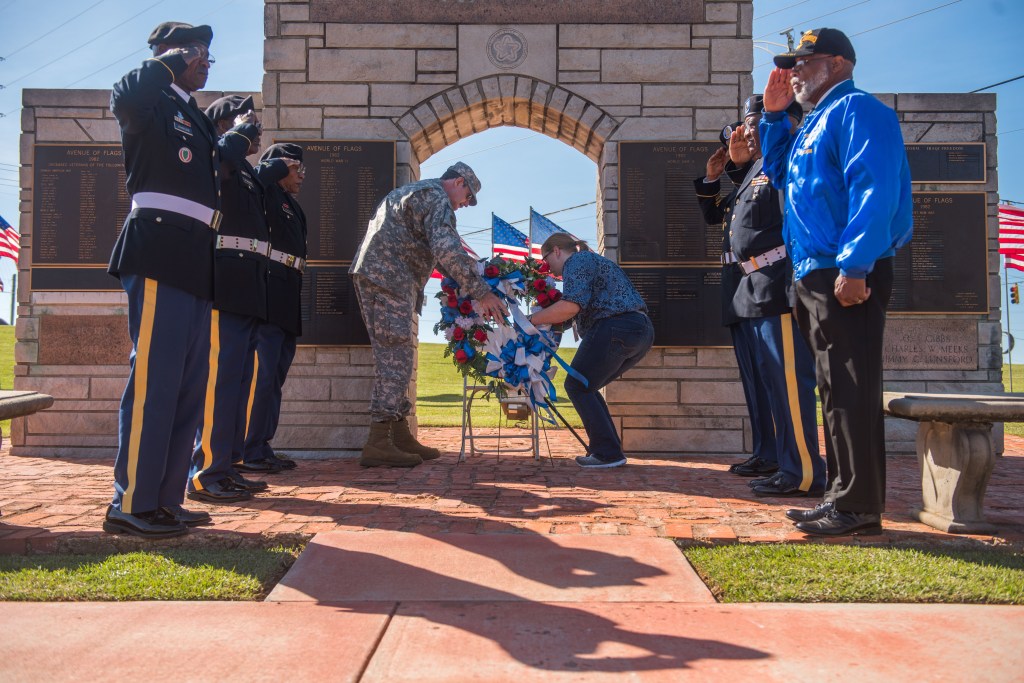 Messenger photo/Jonah Enfinger Veterans, soldiers and members of the American Legion place a wreath during Saturday’s ceremony at Bicentennial Park in Troy.

The American Legion Post 70 honored veterans of the U.S military Saturday with their annual Veterans Day Ceremony at Bicentennial Park.

“Veteran is a big title,” said Blake Diamond, a veteran of Operation Desert Storm. “It is the select few who answer the call of service to their country. Their character is shaped by their experiences and they stand for something greater than themselves. From Valley Forge to Vietnam… veterans have borne the cost of war.”

Three veterans were specially honored at the event, earning flags in the “Avenue of Flags” for their service to their country.

Members of the Charlie’s Angels assisted the families of Benjamin Isaac Andress, Homer Augustus Anderson and James William Felton in placing the flags in honor of these men.

Tabitha Atkins and Bob Partridge placed the memorial wreath in honor of the veterans as Daniel O’Hara and David “Doc” Kirby played Taps.